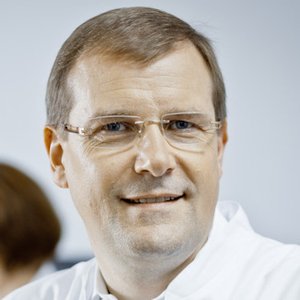 Dr med. Thomas-Peter Ranke is a specialist in orthopaedics and Medical Director and Chief Physician at the Hohwald orthopaedic clinic.

The clinic is continually expanding the spectrum of operative and conservative orthopaedics by means of innovative procedures, with outstanding expertise in the field of endoprosthetic treatment as well as in joint-preserving operations. The highest professional quality in medicine and care is offered in a "first-class" atmosphere.

The Hohwald Orthopaedic Clinic and its surgeons are certified as an endoprosthetics centre and have many years of expertise in the provision of joint replacements for knee and hip joints, as well as elbow, shoulder, finger and ankle joints. In addition to complete or partial joint replacement, Dr Ranke also provides the best joint preservation operation possibilities. With many years of experience, Dr Ranke has conducted operations for the primary implantation of artificial joints, as well as revision operations of already implanted artificial joints. Due to the increasing age of the population and ever-expanding prosthesis care, revision endoprosthetics is becoming increasingly important in everyday clinical practice. It is therefore advisable with such interventions which have risks of complications to consult a specialist like Dr med. Thomas-Peter Ranke and his team.

In the case of joint changes, whether due to trauma or long-term maladjustment, there is often the possibility to support the patients by means of minor, joint-preserving operations. These include, for example, autologous cartilage cell transplants, in which some cartilage tissue is taken from the patient. This is then cultured and reproduced over 6 - 8 weeks under laboratory conditions and implanted in places which suffer from overuse.

Furthermore, it is possible to reconstruct damaged structures such as ligaments, tendons or cartilages, especially at the knee joint or shoulder joint by using arthroscopy, and thus restore necessary stability. Especially when the legs (O- or X-legs, = Genu varum/valgum) are misaligned, the joints are often injured, resulting in long-term pain and joint damage. In the case of commencing joint changes, the prosthesis-free interval can often be increased by a so-called corrective osteotomy. In the case of an osteotomy, the leg axis is reconstructed as best as possible by artificially placed bone sections, meaning joint congruity can be recovered.

In addition, Dr Ranke also specialises as a paediatric orthopaedic surgeon. He primarily looks after and treats infants and children with disease symptoms such as hip dysplasia or clubfoot. In these diseases, early therapy is of utmost importance in order to allow the children's natural physiological growth and, above all, anatomical possibilities for motion sequences during walking and movement. First of all, these clinical pictures, depending on the severity, can usually be treated conservatively, i.e. without surgery. In the case of club feet, the infants receive, for example, special plaster casts, which guide the feet in the right direction, so that the children are able to walk as normally as possible. Infantile hip dysplasia, which can be detected by an ultrasound examination, carries the risk of early hip arthrosis and early onset of pain during walking. In order to prevent this, the infants are treated with special orthopaedic splints, depending on the degree of severity, or even with an operative procedure.

For the website of Dr med. Thomas-Peter Ranke see here.

Information About Neustadt in Sachsen 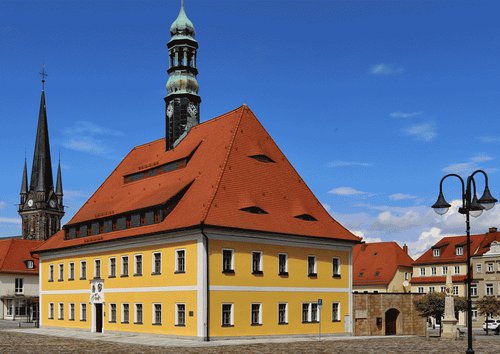