Are you looking for an experienced specialists for the medical area of MAKOplasty? At PRIMO MEDICO you will exclusively find specialists, clinics and centers of their respective area of expertise in Germany, Austria and Switzerland.

Specialists in the Field of MAKOplasty 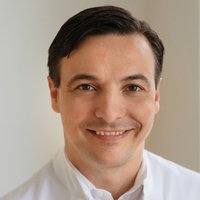 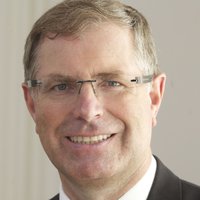 Information About the Field of MAKOplasty

Robot-assisted surgical methods are regarded as the cutting edge of modern minimally invasive surgery. More and more systems, predominantly originating from the United States, are entering also the European healthcare market. As the avant-garde of endoprosthetics, the MAKOplasty system has been established at the Mayo Clinic and is currently employed widely in Germany due to its unmatched precision.

MAKOplasty represents a revolutionary joint replacement technique that has been approved by the American FDA (Food & Drug Association) for the replacement of the knee and hip joints. MAKOplasty makes predictable and reproducible results possible, as it employes meticulous planning and removal of bone tissue that is precise to the millimeter.

How is this different from conventional endoprosthetic surgery?

Like in the case of conventional joint replacement, MAKOplasty requires a CT scan to evaluate the individual antatomical structures of each joint. In this way, the optimal size, form, position and alignment of the joint can be calculated prior to the procedure. Also with MAKOplasty, the surgeon will stand right next to the patient at the operating table and handle the instruments directly. As opposed to conventional procedures, visual, acoustic and tactile signals are provided to the surgeon by the robotic arm to verify that the surgeon only removes as much from the bone as was precisely calculated in advance. The result is a prosthesis which can be precisely fixed in the bone shaft.

Which advantages are there compared to conventional artificial joint replacements?

A three-dimensional and highly precise surgical planning of the intervention before the first skin incision is followed by an accurate robot-assisted surgical procedure. The instrument constantly monitors the surgeon's movements and compares it to the planned CT model, and even stops automatically if there is even minimal error.

Another groundbreaking aspect of MAKOplasty involves measuring the individual stress conditions within the joint throughout the full range of motion, resulting from tendonous and ligamentous adhesions. Prior to the initial skin incision, this measurement is taken once the patient is under anesthesia, which is why it doesn't cause any pain. Subsequently this data is integrated into the planning process in order to create conditions which resemble the innate ligament tension as much as in any position of the joint.

Also in case of anatomical variations due to genetic dysplasia , fractures or previous surgeries, MAKOplasty is superior to conventional methods.

Which joints can be replaced using MAKOplasty?

To date, this method has been established for total hip joint replacements and also for partial knee replacements caused by progressive degeneration of the knee joint. As of 2016, also total knee joint endoprostheses are more and more implanted. To determine whether MAKOplasty is a suitable option for an individual patient, has to be assessed by an initial examination and radiological imaging of the affected joint.

What is the procedure of MAKOplasty?

Following detailed three-dimensional planning using CT imaging, determination of the band tension is done once anesthesia has been induced. Subsequently, the computer-assisted navigation system is correctly positioned and after thorough hygienic measures a minimally invasive approach is made through a skin incision to prevent postoperative infections.

It is not until virtual fine adjustments of the optimal prosthesis length have been completed, that the surgeon shapes the bone for an optimal fit of the endoprosthesis using the help of a robotic arm. The next step is to insert the prosthesis accurately and generally without the need of cement for secure fixation.

Are there long-term experiences of joint replacement using MAKOplasty?

A skilled surgeon using the conventional approach is able to achieve this level of precision in reconstructing the physiological band tension in about one out of ten procedures. Now, this result can in principle be reproduced in each operation.

This can significantly reduce the revision rate by 50%, in other words the rate of which further surgeries are required due to poor joint function or pain.

Which hospitals in Germany and Switzerland offer MAKOplasty joint replacements?

With his pioneering experience, Prof. Dr. med. Christian Hendrich, who is the medical director of the Orthopedic Hospital at Werneck Castle, is a leader in this field.

Also Prof. Dr. med. Christoph Becher, Head Doctor of the International Center for Orthopedics in Heidelberg, was among the first to use MAKOplasty in Germany.

Let us help you find an expert for your condition. All listed doctors and clinics have been reviewed by us for their outstanding specialization in the field of MAKOplasty and are looking forward to your inquiry or wish for treatment.