Are you seeking information on biceps tendon tears and specialists for treatment or surgery? Here you will exclusively find experienced specialists and clinics in Germany, Switzerland or Austria. Learn more about causes, diagnosis and therapy or get in touch with our experts.

Specialists in the Field of Biceps tendon rupture 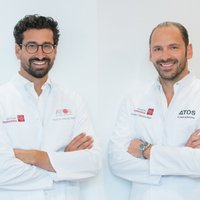 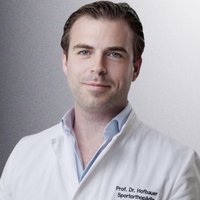 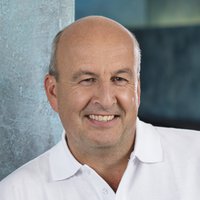 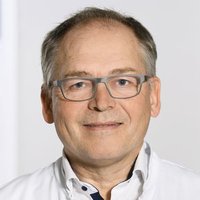 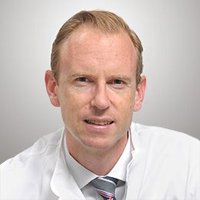 Information About the Field of Biceps tendon rupture

What is a biceps tendon rupture?

The biceps muscle of the upper arm has important functions, in particular flexion and external rotation (supination) of the forearm. As a muscle with two heads (biceps is latin for two heads), it is composed of two distinct muscular bellies that unite and have a common insertion point at the radius of the forearm.

How do you diagnose a biceps tendon tear?

Patients with a torn biceps tendon close to the shoulder often show the typical "Popeye sign". This involves the biceps muscle sagging towards the elbow as a distinct round ball, which can be discovered by either by visual inspection or palpation.

To exclude a tear near the elbow, the physician will perform the so-called hook test, which involves feeling beneath the tightened biceps tendon near the elbow with the index finger. This tendon is intact, if palpation is possible.

Further diagnostic steps such as ultrasound, X-ray or MRI should be carried out by the physician to get a better idea of the full extent of the injury.

How to manage a biceps tendon tear?

For this injury it is crucial to know what part of the biceps tendon is affected. In the extremely rare case of a short biceps tendon tear, usually no treatment is needed. The main distinction is made between tears near the shoulder (tears of the long biceps tendon) and near the elbow.

Tearing of the long biceps tendon is more common and is often due to wear and tear or inflammation. Such patients commonly lose a relatively small amount of strength, around 10-20%. Thus, conservative therapy can often be sufficient as it targets strengthening of the residual musculature. Surgical treatment may be required in certain cases, for instance if pre-existing shoulder pain is worsened by the lack of a long biceps tendon.

In contrast to this, distal biceps tendon tears close to the elbow are most likely to be caused by brief overstraining of the tendon, resulting in its sudden rupture. This is seen almost exclusively in middle-aged men who are active and strong. Unlike tears close to the shoulder, in this case there are huge functional deficits, because almost the entire power of the biceps muscle depends on the distal biceps tendon near the elbow. Since the loss of strength in flexion and external rotation is significant, surgery is absolutely necessary in the majority of cases in order to restore normal function.

There are various methods that can be used to repair a tear of the long biceps tendon.

In elderly patients, a common surgery is tenotomy, which is a procedure to resect the biceps tendon stump should it be causing problems. Even though the biceps muscle won't reach its full potential, patients recover from the procedure very quickly and can cope well with their daily routine.

Tenodesis involves an initial endoscopic evaluation of the shoulder joint and subsequent attachment of the torn long biceps tendon to the humerus through a small incision in the skin in one sitting.

In cases where the residual biceps tendon is not damaged, like often in young patients, complete endoscopic treatment can be carried out by means of a so-called keyhole surgery. In this surgery, 3-4 tiny skin incisions are used to insert a camera as well as special instruments into the shoulder joint. In a procedure known as SLAP repair, the torn long biceps tendon is reattached to the original upper rim of the joint socket. For this purpose, specially designed bone anchors are driven into the bone along with the tendon. That way the tendon function can be restored.

However, to treat a rupture of the biceps tendon near the elbow a skin incision of a few centimeters is usually necessary. Through this narrow incision, the end of the tendon is fixed to the radial bone using anchors or screws, thereby creating a strong and permanent tendon.

Following the operation, patients usually stay in the hospital for 2-3 days.

In case of endoscopic surgery, the shoulder should be immobilized for about 24 hours. Right after that, passive physiotherapy care is started.

After tenodesis and SLAP repair, patients are not permitted to exert any major strain or flex the biceps muscle for about 6 weeks to avoid loosening of the refixation. Patients must also put on a special cushion via a neck sling for 3 weeks following SLAP repair to brace the arm. About 3 months after the operation, the patient can return to full load.

Endoscopic refixation of the long biceps tendon may take several weeks of immobilization with a shoulder sling, and full load should not be applied until up to three months after surgery and only in consultation with the surgeon.

Three weeks of rest are necessary after surgical refixation of the biceps tendon near the elbow. During this time, a splint immobilizes the elbow joint until it can be moved again. Following this, the patient will need several weeks to return to maximum strenght of the biceps muscle.

During this period, patients are recommended to schedule follow-up appointments to monitor the recovery progress.

Which doctors and clinics are specialists for diagnosis and therapy?

Patients with biceps tendon rupture should consult orthopedic and sports medicine specialists, with expertise in the field of shoulder surgery in order to be provided with the best possible care.

Let us help you find an expert for your condition. All listed doctors and clinics have been evaluated by us for their outstanding specialization in the area of biceps tendon ruptures and are looking forward your consultation or request for treatment.