Are you looking for information on CSF leak syndrome and specialists for treatment or surgery? You will find exclusively experienced specialists and clinics in Germany, Switzerland, and Austria on our website. Please, find out about causes, diagnosis, and therapy, or contact our experts.

Specialists in the Field of Cerebrospinal Fluid Leak Syndrome 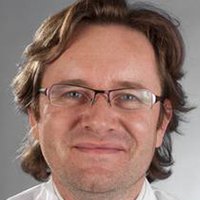 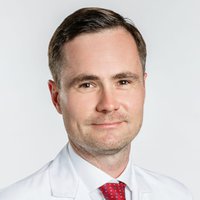 Information About the Field of Cerebrospinal Fluid Leak Syndrome

What Is Cerebrospinal Fluid Leak Syndrome?

A defect in the hard meninges can cause neural fluid to leak. As a result, negative pressure is created in the system, causing the brain to shift downward. This causes tensions on the pain-sensitive structures such as the meninges and cranial nerves, resulting in irritation and symptoms. The defect usually develops in the spinal area, but the symptoms become noticeable in the head.

How Does Cerebrospinal Fluid Leak Develop?

A CSF leak can occur after a previous CSF puncture. This usually manifests within 24 hours but sometimes later. In this case, there can be varying degrees of severity, ranging from mild symptoms such as headache to severe bleeding.

The cause of a spontaneous CSF leak, which occurs independent from medical intervention, can be a so-called bone spur, which tears a small hole in the skins of the spinal cord. This can result in a cerebrospinal fluid leak.

Cysts at the nerve root sheath, the nerve exit points, can also cause a cerebrospinal fluid leak. However, trivial traumas such as bruises, sprains, abrupt movements, or violent coughing and sneezing attacks can also be the cause, which can cause a small tear in the hard meninges.

Furthermore, it should be considered that decreased CSF production or increased reabsorption may also be the reason for reduced CSF pressure.

How Can Cerebrospinal Fluid Leak Be Noticed?

Patients with CSF leak syndrome typically report positional, often dull, so-called orthostatic headaches that occur when standing and improve when lying down. Furthermore, there may be perceptual disturbances, concentration disorders, dizziness, nausea, vomiting, tinnitus, a feeling of pressure in the ear, or a quick pulse. Disturbed movement patterns can also occur if the cerebellum is also affected.

Therefore, the symptoms are very diffuse, making the clinical picture a diagnostic challenge. Patients often receive a psychosomatic diagnosis due to their diffuse, changing symptoms. The real cause is thereby misjudged, leading to an enormous burden.

The diagnosis of cerebrospinal fluid leak syndrome is made in several steps. First, a detailed medical history is necessary, and a physical examination should be performed. Next, an MRI examination of the head excludes other causes and visualizes typical radiological signs in CSF hypoxia syndrome. Subsequently, an eye examination and a CSF pressure measurement may help. If the pressure is low, this indicates a CSF leak. Furthermore, a spinal image of the back with a contrast agent is carried out to localize the leak. Nevertheless, it should be noted that this represents a major neuroradiological challenge, as the holes can be tiny and, for this reason, are often challenging to locate.

Therapy takes place in several steps. First, a conservative attempt with bed rest and treatment with caffeine preparations can be an option. Some patients recover spontaneously in this way and do not require further therapy. This is especially the case with complaints that occurred after a CSF puncture; they are sometimes self-limiting. On the other hand, spontaneous CSF leak syndromes usually have to be treated in a more invasive way.

First, an attempt can close the hole with a blood patch. This procedure can be targeted or untargeted by injecting blood into the spinal space. This leads to an increase in pressure in the spinal space and, if the injection is targeted, the leak closure by the blood patch. It is a low-complication and successful procedure, but repetition may be necessary several times to achieve the desired effect. If symptoms have been present for some time, this method may have limited effectiveness. If no improvement can be completed in this way, microsurgical closure is attempted. This is only possible if the leak can be precisely localized beforehand. The procedure is carried out using neuromonitoring to avoid any neurological damage.

How Long Does It Take for New CSF Fluid to Develop?

Approximately 500ml of neural fluid is newly formed and reabsorbed, i.e., degraded daily. This is an ongoing process of new development and degradation, resulting in a regular replenishment of neural fluid.

Which Doctors and Clinics Are Specialized in CSF Leak?

Neurologists, neurosurgeons, and neuroradiologists in appropriate institutions deal with the diagnosis and therapy in patients with CSF hypopressure syndrome.

Above all, outstanding neuroradiological expertise in finding the leak is essential in helping the patient.