Are you looking for information on bone cancer and specialists for treatment or surgery? You will find exclusively experienced specialists and clinics in Germany, Switzerland, and Austria on our website. Please find out about causes, diagnosis, and therapy, or contact our experts.

Specialists in the Field of Bone tumour 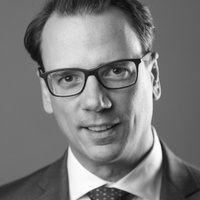 Information About the Field of Bone tumour

What Is Bone Cancer?

Bone cancer is the term used by physicians to describe mainly malignant tumors that arise primarily from bone tissue (osteosarcomas). In this tumor, there is typically a degenerate, uncontrolled new formation of bone cells. Adolescents and young adults are most commonly affected by this disease. Approximately 2-3 people per 1 million population develop the disease, making it a rare tumor disease.

In addition to primary bone tumors, these can also migrate into the bone tissue as a branch of other tumors ( bone metastases ).

What Types of Bone Cancer Are Known and Which Bones Are More Likely Affected?

In addition to the formation of bone metastases, they are often found in the spine due to a primary tumor in other organs (breast cancer in women, prostate cancer in men). There are two primary bone tumors:

Osteosarcoma and Ewing's sarcoma are more common. These form mainly on the long tubular bones (femur and tibia, humerus, and forearm bones) and very often near the knee joint.

Other bone tumors that are sarcomas include chordoma and chondrosarcoma .

What Are the Causes of Bone Tumors?

The reasons why young people, in particular, develop bone tumors have not been conclusively determined. Increased radiation exposure in the medical history and previous chemotherapy are considered risk factors for the disease. Genetic factors also seem to play a role. If young adolescents suffer from chronic bone diseases, the risk also increases. In general, however, it is a relatively rare disease.

In addition to pain, mainly near the joints (especially the knee joints), patients may also notice typical signs of inflammation such as hyperthermia and redness. Since the affected patients are primarily young people, a tumor disease may also become apparent only after a bone fracture that is not related to an adequate trauma (= pathological fracture, spontaneous fracture). Physicians can explain this because the cancer cells destroy the standard, stable bone structure and, therefore, are more susceptible to stress and trauma.

Diagnosis: How Is Bone Cancer Diagnosed?

If a patient is suspected of having osteosarcoma, a radiological examination is initially initiated. After a conventional X-ray, the more precise localization of the tumor region is determined with MRI/CT. The lungs must also be examined for any metastases.

To finally confirm the suspicion of a tumor, a biopsy must also be carried out. This means that a small tissue sample is taken from the abnormal bone and examined by specialists. A blood test is also carried out to check the specific values.

Therapy: How Is Bone Cancer Treated?

If the diagnosis is confirmed, the most effective treatment method has proven to be a combination of chemotherapy and radical resection (surgical removal) of the tumor area. Usually, several months before surgery, cytostatic (chemotherapy) is used to shrink the tumor so that surgical removal can be carried out with less risk and in a more targeted manner. Metastases must also be removed. In individual cases, radiation with radiosurgery or proton therapy may also be helpful. Chemotherapy is usually continued after surgery.

Life Expectancy and Chances of Recovery from Bone Cancer

As with all cancers, the chances of cure and life expectancy for bone cancer are dependent on the time of diagnosis and the size of the primary tumor. Another factor is the response to cytostatic drugs and surgery. Finally, if metastases form in a patient, this also has a negative influence on the prognosis. In general, a 5-year survival rate of 50-70% can currently be determined.

Which Doctors and Clinics Are Specialized in Bone Cancer?

In case of a confirmed diagnosis, a specialist or a specialized clinic should be consulted immediately. If the patient is an adolescent, it is recommended to see a pediatric oncologist and hematologist. For diseased adults, a specialist in oncology and hematology is the right contact. If a surgical procedure must be performed for tumor resection, an orthopedic clinic with a specialty department in orthopedic oncology will be the correct address.