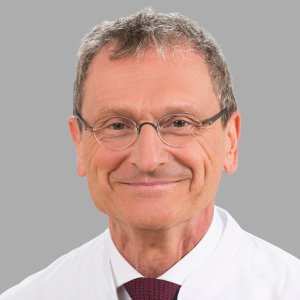 Prof. Dr Michael Gawenda is a specialist in vascular surgery and since April 2017 Chief Physician of the Clinic for Vascular Surgery and Endovascular Surgery. In addition, he is Head of the Euregio Vascular Centre in Eschweiler at St Antonius Hospital gGmbH near Aachen, North Rhine-Westphalia.

The multi-award-winning specialist physician, lecturer, and university professor attaches great importance to being close to his patients by speaking their language, treating them with empathy, and always regarding them in an interdisciplinary and holistic way.

Due to the vascular surgery department's intensive interdisciplinary collaboration, in particular with angiology, interventional radiology, nephrology, and the diabetological outpatient foot clinic, patients at the Vascular Centre in Eschweiler receive optimal, comprehensive, and competent diagnostics together with the treatment of all diseases of the veins or arteries.

The Clinic for Vascular Surgery and Endovascular Surgery near Aachen has its own ward as well as state-of-the-art hybrid operating room. There, a high-performance angiography system delivers detailed, three-dimensional images of the heart and blood vessels, making it possible to diagnose and operate at the same time. For example, custom-made stent prostheses or stent grafts, so-called stents, are implanted using a minimally invasive technique with the aid of a catheter. At the same time, the functionality can be checked immediately.

Among other things, the Vascular Clinic offers a vascular surgery and an angiology consultation clinic for patients  - by appointment - from Monday to Friday, between 8am and 4pm. Of course, emergencies can occur at any time. Four vascular surgeons work at the hospital. Therefore, a specialist is always available as part of a 24-hour on-call service.

At the Vascular Clinic, all diagnostic and treatment methods of modern vascular medicine are offered under one roof for diseases such as aortic aneurysms, peripheral circulatory disorders, carotid stenosis, varicose veins, or diabetic foot syndrome. Decisions on therapy measures are made collaboratively together with the weekly Interdisciplinary Vascular Conference ensuring optimal treatment for both inpatients and outpatients.

Measuring up to 2.5 centimetres in diameter, the main artery - the aorta - is the human body’s largest blood vessel. Running in an arc shape down from the heart through the chest first, then, leading down through the abdominal cavity. From there, it branches into two pelvic arteries and after that into the femoral arteries. Especially in the abdominal area, weak spots often occur at the aorta, which in return can lead to a widening, a so called aneurysm. This disease is so dangerous because aneurysms may cause no noticeable symptoms for a long time but then suddenly burst once they reach a certain size. At this point, the patient is in real danger of internal bleeding. Again, the vascular surgeons of the Vascular Clinic in Eschweiler are the right people to contact:

When diagnosed in time, abdominal aortic aneurysms can be treated well these days. The Vascular Centre in Eschweiler has modern screening methods for detecting aneurysms at an early stage and to determine optimal, individual therapy. Options include insertion of a tube or Y graft and the removal of the aneurysm. Alternatively, custom-made stent grafts can stabilise the damaged vessel. The specialist team around Prof. Gawenda also offers various surgical or interventional therapy procedures for occlusion or stenosis of the abdominal aorta, the major arteries (iliac vessels) and the leg vessels.

Carotid stenosis is a narrowing (stenosis) of the carotid artery. It can affect everyone but predominantly occurs with increasing age. Carotid stenosis usually goes a long time without causing any symptoms. Once these symptoms onset, they often only occur temporarily. Dizziness, headaches, disturbed vision, speech disorders or paralysis can be a result. Left untreated, a carotid stenosis can trigger a stroke in the worst case scenario.

If non-surgical therapies such as blood-thinning medicines, blood pressure, and blood sugar control are unsuccessful and there is a high risk of stroke present, only surgery can help. The dangerous deposits causing constriction are removed either surgically or the carotid artery is dilated by means of a balloon catheter from the inside. The vascular surgeons at the Vascular Centre in Eschweiler have achieved much expertise with risky interventions at the carotid artery. Both procedures can be performed either under local anaesthesia or intubation anaesthesia including neuromonitoring.

As people get older as well as due to circulatory disorders or elevated blood glucose levels, the risk of occlusions of the peripheral blood vessels such as in the legs increases. In order to prevent impending amputations or strokes, affected patients who are at an advanced stage undergo bypasses, i.e. re-routing of the bloodstream.

At the Vascular Centre in Eschweiler, emphasis is placed on preferably using patients’ own body veins for the bypass device for leg procedures. The vascular specialists in Eschweiler also treat varicose veins with the aid of various therapeutic methods, such as sclerotherapy techniques, thermal methods using lasers or radio waves, as well as various surgical techniques.

Diabetic foot syndrome (DFS) is a disease most commonly associated with type 2 diabetes and it is one of the most dreaded consequences of diabetes. High blood sugar levels damage the nerves and blood vessels in the feet. As a result, sores can easily occur, which can lead to serious infections. At worst, there is the threat of amputation. The Vascular Centre in Eschweiler offers a comprehensive therapy concept in close collaboration with the wound management team of the St Antonius-Hospital.

Get more information at the website of the Euregio Vascular Centre. 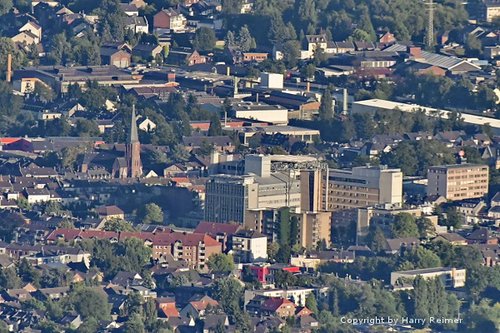 Experience magical moments: With the highest visitor numbers and payout rates, the Wiesbaden Casino is number one at the Rhine-Main region. So you should definitely plan a trip to one of the most beautiful casinos in Europe. Enjoy the stylish ambience and the thrills. Wheather a classic game or Vegas flair at the slot machines. You can look forward to an unforgettable evening.