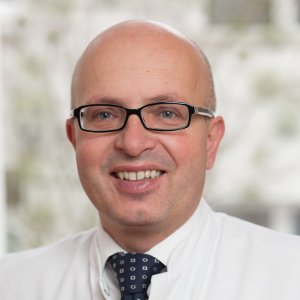 The Evangelisches Krankenhaus Hubertus contains everything that is relevant medically for vascular conditions in terms of diagnostic procedures.

All vascular diseases can be diagnosed with the most modern methods in a manner that is easy on the patient.

The vascular surgical procedures are performed via open surgery or endovascularly. In endovascular therapy the surgeon provides treatment within the blood vessels. This method of treatment is far less invasive. Patients get well again quickly, have less pain, and the risk of complications is reduced dramatically.

Prof. Dr Ernst Weigang is a specialist in vascular surgery and has been Chief Physician at the Vascular Surgery and Endovascular Therapy Clinic of the Evangelischen Krankenhaus Hubertus in Berlin since February 2013. With his team of 3 senior physicians, 2 medical specialists, and 5 junior doctors, he helps numerous patients in his area of ​​expertise each year. As a respected expert, he primarily specializes in the field of endovascular therapy as well as in all major forms of aortic and vascular surgery.

The Evangelische Krankenhaus Hubertus is now part of the Berlin-Brandenburg interdisciplinary vascular centre. The hospital itself has been in operation since 1931. Before that time it was owned by Prince Leopold of Prussia and served as a sanatorium. Today more than 1000 vascular operations are performed annually in this hospital, whereby the Evangelischen Krankenhauses Hubertus' vascular surgery clinic is the leading facility in this field in Berlin and Brandenburg. The complication rate is far below the national average, which is mainly due to the extensive experience of the Chief Physician and his medical team. Through close interdisciplinary and cross-disciplinary collaboration between vascular surgeons, angiologists (vascular internal medicine specialists), and radiologists, the best possible therapy combination for the patient can always be found.

Vascular diseases in need of treatment involve pathological changes to the blood vessels. Usually circulatory disorders come about as a result of hardening in the arteries (atherosclerosis). Thanks to medical progress in the field of vascular surgery there are good treatment options now for these common diseases (e.g., peripheral vascular disease, aortic aneurysm, or carotid stenosis).

Peripheral arterial disease (PAD) results in hypoperfusion of the extremities, especially the legs. This disease is caused by a chronic and lingering narrowing of the supplying blood vessels. It is usually at an advanced stage the patients develop complaints such as cramp-like, stabbing pain in the legs when under strain. The walking range of those affected is increasingly reduced due to these pains. In addition to the conservative treatment with guided walking exercise, treatment options for PAD include minimally invasive balloon dilatation with possible stenting, and peripheral bypass surgery.

Reconstruction of the carotid (carotid artery) is the most common intervention at the Evangelischen Krankenhaus Hubertus. It is performed either by minimally invasive surgery or by means of balloon dilation and stenting. Narrowing of the carotid artery can lead to clot formation and as a consequence to reduction of blood flow in the brain, until there is a life-threatening stroke. The incidence of this ailment increases with age. In an advanced disease stage patients may develop, for example, vision problems, speech disorders, paralysis, or paraesthesia.

The Evangelischen Krankenhaus Hubertus has had a hybrid operating room since June of 2014, which is the most modern of its kind in Berlin. This enables minimally invasive vascular surgery combined with possible catheter interventions. Concurrent diagnosis, intervention, and surgery are possible in this particular operating room. Patients who are especially at risk can thereby be more safely and precisely cared for.

As an internationally proven aorta specialist Prof. Weigang has established a new aorta centre within the Berlin-Brandenburg vascular centre at the Evangelischen Krankenhaus Hubertus. All open and endovascular treatment options are carried out in the area of ​​the entire aorta. This includes interventions in the aortic arch and the thoracoabdominal aorta. However, the most frequent interventions in the aorta are performed in the abdominal cavity. Whenever possible, these procedures are performed in a minimally invasive manner, to a degree with custom stent grafts. 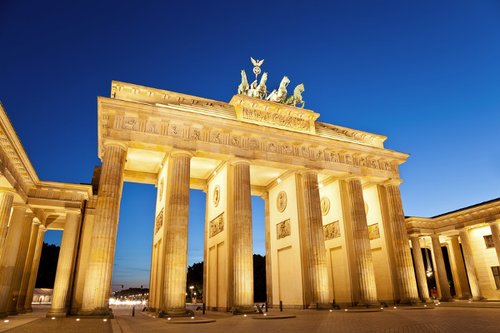 The German state capital of the federal state with the same name is located in the east of the Federal Republic of Germany. Berlin is the largest city in the country and the seat of government since 1999. The rivers Spree, Havel and smaller rivers and streams flow through the city. Furthermore, the cityscape is characterised by lakes, forests and parks, making Berlin one of the greenest capitals. The Berlin Mitte district is located in the centre of the 12 districts into which the city is divided.