Specialists in the Field of Vascular Diseases 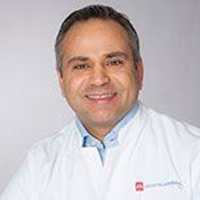 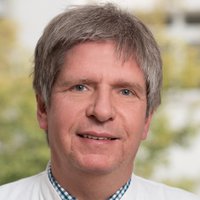 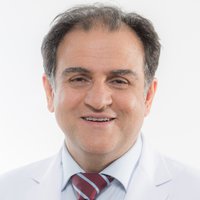 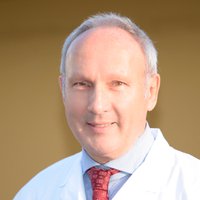 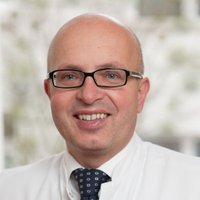 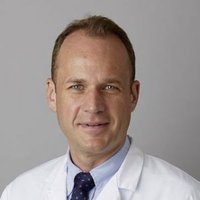 Information About the Field of Vascular Diseases

What Are Vascular Diseases?

In developed countries, arterial disease, i.e., the blood vessels leading away from the heart, is at the top of death causes in the statistics. In arterial vascular diseases, a distinction is made between narrowing (stenosis) or occlusion (closure) and widening (dilatation) of the vessel or splitting (dissection) of the vessel wall. An increase in vessel wall thickness is the most common phenomenon in arterial vascular disease. It is usually caused by arteriosclerosis , which can lead to complete or partial occlusion of the vessel.

Veins are the blood vessels that carry blood to the heart. Diseases of the veins are widespread and are counted among the common diseases. They mainly affect the legs. The most important conditions of veins are varicose veins and thrombosis .

The disease of the lymphatic vessels is also counted among the vascular diseases. The most significant of these is lymphedema , which is caused by congestion of lymphatic fluid.

Vascular stenosis and occlusion: narrowing and eventually complete occlusion of the arterial blood vessel can have various causes. Atherosclerosis is the most common form of damage to the blood vessels; it is also known as arteriosclerosis or hardening of the arteries. It is based on an inflammatory reaction of the vessel wall. Many factors play a role in the development of atherosclerosis. Risk factors include high blood pressure, nicotine consumption, diabetes, lack of exercise, or lipometabolism disorder.

On average, men are affected earlier by atherosclerosis, and the overall incidence increases with age. Blood carries oxygen and nutrients to the cells in our body. Narrowing or blockage of a vessel has the consequence that too little or no blood is transported to the cells, which results in reduced supply. Atherosclerosis occurs in different vascular system regions and can cause various symptoms depending on the localization, resulting in many other secondary diseases.

Stenosis of arterial blood vessels can have other causes besides arteriosclerosis. For example, it can be triggered by inflammation of the vessels, damage to the vessel wall caused by external factors (drugs, radiation therapy, high-voltage accidents), or a congenital disorder of the vessel wall structure.

Non-atherosclerotic causes include congenital diseases such as Marfan syndrome or Ehlers-Danlos syndrome. They cause a change in the connective tissue and also influence the stability of the blood vessels. Besides, hypertension plays an essential role in the development of dilating and dissecting vascular diseases.

Increased pressure in the veins can lead to the development of varicose veins. Blood clots that get stuck in the veins and clog them can cause thrombosis.

Which Secondary Diseases Can Develop and which Symptoms Do they Cause?

Although single episodes of angina pectoris are typically triggered by physical exertion or intense emotions and subside when the patient is at rest, they can also occur during rest or sleep periods. Untreated angina pectoris is dangerous because it can lead to complete blockage of the coronary arteries, resulting in a heart attack.

The symptoms of a heart attack can vary significantly from person to person. Typically, persistent angina pectoris pain in the chest may spread to the neck, lower jaw, shoulder region, and left arm. There may also be a feeling of weakness, anxiety, sweating, nausea, and vomiting.

Strokes occur when blood flow to the brain is disturbed . An occlusion or rupture of a blood vessel appears. In a stroke , there is a sudden failure of some areas of the brain. The circulatory disorder is usually a pathological change in the brain blood vessels (e.g., atherosclerosis).

Characteristic symptoms are disturbances of speech, movement, sensory perception, and consciousness and psyche disorders. In such a case, the affected person should seek medical treatment as soon as possible.

As a result of the narrowing arteries, the legs are no longer supplied with sufficient blood, and pain occurs during physical exertion. If the disease progresses, pain may also occur at rest. Most often, PAD sufferers also have narrowed coronary and cerebral vessels.

An aneurysm is an abnormal sac- or spindle-shaped enlargement of a blood vessel, which can develop during life at weak points in the vessel wall and fail to regress. Aneurysms are caused by a congenital or acquired alteration in the vessels. The risk of developing an aneurysm is that it can rupture. If that happens, life-threatening internal bleeding can result.

Varicose veins , also known as varices, are dilated, curled superficial veins. They are easy to see because they usually run superficially under the skin. If a patient suffers from varicose veins, this clinical picture is called varicosis. They are the most common of all venous diseases, affecting about 20% of all adults.

The task of the veins is to transport the blood in the vascular system back to the heart. The limbs pump the blood upward against the force of gravity in the legs by tensing the muscles. When the muscles relax again, the blood in the legs will sink downward. For this reason, there are so-called venous valves inside the veins, which are comparable to a valve. They prevent the blood from flowing back. If the venous valves no longer close properly, the blood flows more slowly, backs up in the vessels, and they become visible under the skin.

Varicose veins are not just a cosmetic problem. Symptoms often include a dull ache or feeling of pressure in the legs after standing for long periods. There may be feeling of fatigue, heaviness, and tension in the legs, which improve when lying down and moving. Foot and calf cramps may occur at night. Occasionally, so-called edema develops, i.e., swelling of the lower legs and ankles. In cases of distinct varicose veins, skin ulcers above the ankles, bleeding and thrombosis may occur.

Thrombosis is vein blockage caused by a blood clot. Blood clots are called thrombus in technical terminology; they are formed by blood clotting, a protective function of our body. When injured, thrombi protect the body from bleeding to death by causing the blood to clump together and closing the wound. However, if such clots occur within the vessels, they can close the vessel, resulting in complications. Most often, this is a vein thrombosis, especially in the deep leg veins.

Leg vein thrombosis symptoms include pain, swelling, heaviness and tightness, overheating, and redness or blue discoloration of the leg.

The most dangerous complication of thrombosis is that the thrombus can detach and travel to the lungs, called pulmonary embolism, and can be fatal.

Which Doctors Are Specialists in Vascular Diseases?