Specialists in the Field of Breast Cancer 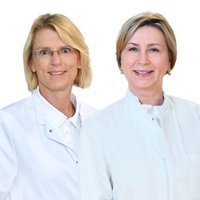 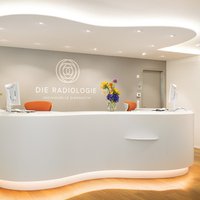 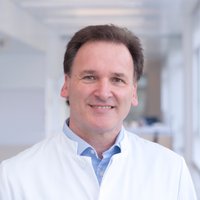 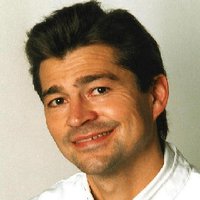 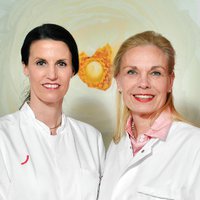 Information About the Field of Breast Cancer

Definition: What Is Breast Cancer?

Breast cancer is the most common cancer in women and the leading cause of cancer death. About 75,000 new cases of breast cancer were predicted in 2014. Breast cancer cases have steadily increased since 2005, while fatalities have decreased. This is thanks to more intensive cancer screening through breast X-ray examinations introduced in 2005 ( mammography ).

One in eight women will be diagnosed with breast cancer during their lifetime. This malignant tumor originates from the breast's glandular tissue or milk ducts. The risk of developing breast cancer increases with age.

Causes: What Are the Causes of Breast Cancer?

As with most cancers, the primary trigger for breast cancer is unknown.

However, certain risk factors are associated with a slight to significantly increased risk of breast cancer. These include hereditary gene mutations (especially genes BRCA1 and BRCA-2) associated with ovarian cancer . Depending on who in the family has the disease, one's risk often increases (men can also become ill, although much less frequently).

Long hormonal exposure to estrogens is also a risk factor. It is caused by an early first period (menarche) and a late last period (menopause) as well as by missing or late pregnancies.

X-rays (mammography is harmless due to the low dose of radiation), breast inflammation, smoking, alcohol, and obesity also have a negative influence.

Symptoms: What Are the Symptoms of Breast Cancer?

In 80% of cases, breast cancer is discovered by the woman. Usually, a firm lump is felt during a breast examination (most commonly in the outer upper quadrant of the breast). Also, a protrusion or retraction of the skin, and in later stages, orange peel (due to lymph fluid that cannot drain), bloody secretion from the nipple, and chronic rashes (eczema) in the breast area.

Metastasis (spread of tumor cells in the body - metastasis formation) occurs relatively early. The lymph node stations in the axilla, the skeletal system, lungs, liver, and brain are affected. There is a clear positive correlation between tumor size and speed of metastasis. However, the little tumor cell clusters can linger silently in the body for up to 15 years until they grow into a recognizable metastasis.

Diagnosis: How Is Breast Cancer Diagnosed?

From the age of 30 (often much earlier), the annual palpation of the breast is performed by a specialist in gynecology. Suppose the specialist detects changes suspicious of cancer (palpable lump, breast pain, bloody discharge from the nipple, or retracted nipple). In that case, the suspicion can be confirmed by mammography (X-ray) or mamma sonography (ultrasound).

Ultrasound examination is the method of choice for palpable lumps and mammography for non-palpable changes in the breast. Mammography is performed every two years in women between 50 and 59.

The specialist secures the diagnosis with the subsequent removal of a tissue sample (biopsy). A contrast medium examination of the milk ducts (ductography) can be carried out if the secretion is bloody, and in some instances, an MRI .

Therapy: How Is Breast Cancer Treated?

After diagnosis, the spread diagnosis (staging) takes place. This includes an X-ray examination of the chest, liver ultrasound , and bone scintigraphy .

Essential for the prognosis is the spread in the body (metastasis), not the radicality of breast cancer surgery . In the past, the entire breast was permanently removed (mastectomy), but today the treating specialists operate in a breast-conserving manner as far as possible. In this case, only the tumor is removed, and the healthy breast tissue is preserved. The most important prognostic factor is lymph node involvement. Therefore, they must also be examined and removed if necessary.

The breast can be reconstructed after mastectomy in the same session or at the earliest after six months.

After surgery, additional radiation of the preserved breast takes place. This reduces the risk of local recurrence (relapse) from 30 to 5 percent. Furthermore, chemotherapy and specific antibody therapies are carried out depending on the nature of the tumor. The goal is to eliminate possible metastases.

Radiation alone is only given in cases of non-operable breast cancer (palliative treatment).

Chances of Cure: What Is the Prognosis for Breast Cancer?

A definitive cure is not detectable until 20-40 years after treatment, as small clusters of tumor cells can remain hidden in the body until then.

Therefore, follow-up is essential. The treating specialist inspects and palpates both breasts. The drainage area of the lymph fluid (especially in the armpit area) is also examined. In the first three years, the follow-up takes place quarterly, then semi-annually, and from the fifth year annually. Mammography is performed annually.

Any new symptoms such as bone pain, breathing, or upper abdominal discomfort must always be examined closely, as they may be signs of metastases.

If you have further questions regarding the treatment and prognosis of breast cancer, contact a gynecologist of your choice with confidence.

Where Can I Find an Experienced Breast Cancer Specialist or Breast Center?

You will find exclusively experienced specialists and special clinics for breast cancer in Germany, Austria, and Switzerland on the PRIMO MEDICO website. Currently, you can find breast centers in the following cities: