Are you looking for information on strokes and specialists for diagnosis or treatment? You will find only experienced specialists and clinics in Germany, Switzerland or Austria, here. Obtain information about the symptoms, causes, therapy, and rehabilitation or contact our experts.

Specialists in the Field of Stroke 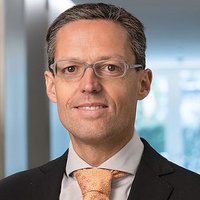 Information About the Field of Stroke

What is a Stroke?

Strokes are feared sudden incidents that can result in severe disabilities. In a stroke, brain cells have a lack of oxygen and die quickly if interventions are not provided, which can cause brain functions to fail partially or completely.

Possible symptoms of a stroke include paralysis, loss of consciousness, or numbness. Time is an extremely important factor after the stroke occurred.

The earlier an affected patient is treated, the greater is the chance of saving the affected brain cells. Therefore, it is also important for a non-professional person to know the signs of a stroke and to call an emergency doctor immediately if a stroke is suspected.

What Happens During a Stroke?

About 80% of all strokes are caused by a circulation disorder in the brain. It comes to one or more constricted or even blocked blood vessels caused by deposits on the vessel walls or a blood clot. The affected brain regions are no longer supplied with sufficient oxygen and nutrients. Nerve cells die off after a short time.

Both, large brain arteries and small vessels inside the brain can be blocked during a stroke. The extent of brain damage depends on the area of the affected artery. Bleedings into the brain tissue are the cause of a stroke in 10 to 15% of all patients.

What Causes a stroke?

A circulatory disorder can also be caused by a blood clot (thrombus). The blood clot is formed by blood platelets. These blood platelets, also called thrombocytes, are supposed to quickly close injuries of the blood vessels. The thrombi do not usually develop in the head, but in other parts of the body. There, they eventually separate from the arterial wall and are washed into the head with the bloodstream. As soon as the thrombus reaches a position in the artery that is not wide enough, it gets stuck and blocks the way for the flowing blood.

Bleedings in the head can occur when the blood pressure in the arteries is too high and/or the vessel walls are damaged. This causes the blood vessel to pop because the vessel wall can no longer withstand the pressure of the blood flow. Vascular malformations such as aneurysms can also cause a cerebral hemorrhage.

Symptoms: How is a Stroke Noticed?

Strokes are individual and can occur without symptoms or strong signs. The degree of disability after a stroke also varies. Most strokes occur suddenly without warning. Depending on the affected brain area, it comes to motoric, sensory, and cognitive deficits. Specifically, this means:

If a stroke is suspected, it must be determined whether it is bleeding or a blockage, for the subsequent therapy. This distinction is best made by cranial computer tomography (cCT). Sectional images of the head are created with X-rays and combined to form a 3D image on the computer. The advantage of a CT is that it is carried out particularly fast and fresh bleedings are well visible.

Another diagnostic option is cranial magnetic resonance imaging. This is also sectional imaging of the head. The advantage compared to a cCT is the improved imaging of the affected brain area and surrounding swelling.

Patients are treated in a special ward, the stroke unit. First of all, the blood flow to the brain has to be restored. Lysis therapy serves this purpose. Certain substances, preferably the recombinant tissue plasminogen activator rtPA, are used to dissolve the blood clot. A time frame of maximally 4.5 hours after the stroke occurred is required for this method.

Lysis therapy is no longer useful after this time frame. If a large brain-supplying vessel is blocked, mechanical recanalization can also be carried out. This is also possible after lysis therapy. The maximum time frame for this intervention is 6 hours. A metal wire with a stent is forwarded through the inguinal artery into the head to the occluded area in a recanalization. The stent is pushed through the occluded area and reopens the artery. Then, the stent is placed there and attached to prevent the artery from another occlusion. But, this procedure is used relatively rarely in stroke patients. Only 1-5% of patients with occlusion are eligible for this procedure.

The course of the disease and the chances of recovery from a stroke primarily depend on the location and size of the permanent brain damage. 20% of those affected die after 4 weeks, 50% of the survivors remain in need of care and stay severely disabled due to their disabilities.

The period a patient stays in the hospital is decided individually by the doctors. The older patients are, and the more severe the disabilities are after the stroke, the worse is the prognosis. Younger patients have a better chance that the occurred disabilities will regress to a large extent.

General treatments to prevent another stroke or vascular disease should be carried out. This includes the adequate adjustment of the underlying diseases such as diabetes, high blood pressure, hypercholesterolemia, etc. Continuous blood thinning should be considered.

Rehabilitation After a Stroke

Which Doctors and Clinics Are Stroke Specialists?

Doctors of neurology and neuroradiology work hand in hand when it comes to stroke patients. The CT and MRI images are evaluated by neuroradiologists who also carry out recanalization. Neurologists are responsible for medicated therapy and follow-up care. In clinics for neurology, both departments work closely together in stroke units.

We help you to find an expert for your disease. All listed doctors and clinics have been checked by us for their outstanding specialization in the field of stroke and are waiting for your inquiry or treatment request.