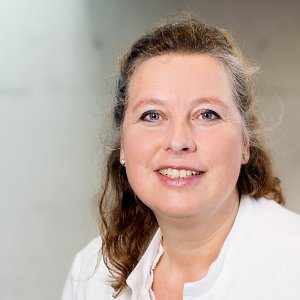 Prof. Dr. Beate Timmermann is Director of the Clinic for Particle Therapy and Medical Director at the West German Proton Therapy Centre. She is one of the worldwide leading specialists in the area of radiotherapy and radio-oncology, especially in the area of proton therapy.

The West German Proton Therapy Centre is one of Germany’s leading institutes for radiotherapy with protons. It is also the world’s most modern proton therapy centre. The West German Proton Therapy Centres boasts a large team of excellent specialists, highly specialised medical physicists, experienced radiology assistants, and many other professionals. As a subsidiary of the University Hospital of Essen and thus part of the largest oncological centre, the West German Tumour Centre, it guarantees patients the highest level of medical treatment.

In current medicine, the irradiation of malignant tumours is a widespread procedure. X-ray or photon beams have primarily been used to destroy tumour cells. Proton therapy is a modern and precise form of radiation therapy for treating cancerous diseases. Because of its physical properties, it is particularly gentle and effective. The proton beam penetrates healthy tissue until the tumour is reached. Only there is the greatest energy discharged. With proton therapy, the radiation exposure of the healthy skin is considerably lower than it is for other methods. With the help of proton therapy, even tumours in sensitive areas of the body, which are difficult or impossible to operate on, can be treated.

The greatest clinical achievements have been made in treating the chordoma and chondrosarcoma of the skull base as well as the axial skeleton, tumours of the fundus, and solid tumours in juveniles. At the West German Proton Therapy Centre, primarily non-displaceable tumours in the head, spine and pelvic area (i.e. predominantly primary brain tumours and sarcomas of the skull base, facial skeleton, spine, and pelvis) are treated. Even prostate and nasopharyngeal carcinomas are taken into account.

A special focus of the West German Proton Therapy Centre is the treatment of children. At the West German Proton Therapy Centre, even the irradiation of children younger than five years is possible. Because their tissue is still developing, children are still particularly vulnerable to the side effects of irradiation. However, thanks to the highly controllable nature of radiation therapy with protons, normal tissue is largely protected. With protons, it is therefore possible to reduce the risk of negative consequences and secondary tumours. Since 2002, Dr Timmermann has dealt with establishing proton therapy for children.

The website of the West German Proton Therapy Centre can be found here. 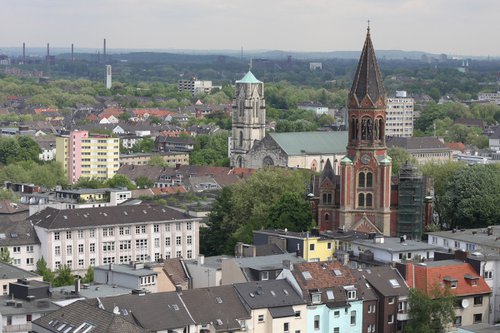 Steigenberger Hotel Cologne is located in the heart of Cologne just a few minutes from historical sites. The famous cathedral and the Rhine Promenade is a mere 20 minute walk. Other attractions can be easily reached via metro or bus. The Rudolfplatz is located directly next to the hotel.

At the beginning of Düsseldorf's wonderful Königsallee awaits the Steigenberger Parkhotel. This elegant hotel is one of the best hotels in Düsseldorf. For more than 114 years, it has stood for modern tradition, cordial hospitality, and wonderful dining experiences.

Experience Essen's most beautiful side. Centrally located yet close to nature, the Sheraton Essen Hotel offers you modern rooms and suites, all overlooking the city or the idyllic city park.