Are you looking for information on cardiomyopathy and specialists for treatment? Then, you will find exclusively experienced specialists and clinics in Germany, Switzerland, and Austria on our website. Please, find out about symptoms, diagnosis, and therapy, or contact our experts.

Specialists in the Field of Myocardial Insufficiency 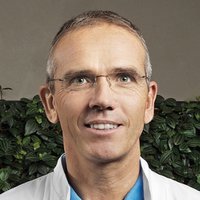 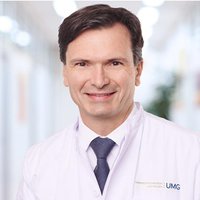 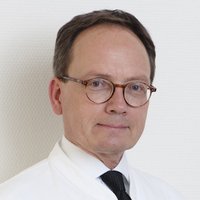 Information About the Field of Myocardial Insufficiency

What Is Involved in Cardiomyopathy?

To understand the problems in cardiomyopathies, it is important to keep in mind some of the characteristics of the heart. The heart is like a pump that constantly supplies oxygenated blood to the body and organs.

This pump consists of two parts. First, the heart has a right part, responsible for receiving the deoxygenated blood from the body and transporting it to the lungs. This right part is, in turn, divided into two parts. The right atrium receives the "used" blood from the body, and the connected right ventricle pumps the blood to the lungs. In the lungs, the blood is then re-oxygenated. This oxygenated blood now enters the second part of the heart, the left atrium, which has a chamber attached to it, the left ventricle. This left ventricle pumps the now again oxygenated blood into the body.

Once the blood has delivered its oxygen to the body and organs, it is again "sucked in" by the right atrium and pumped back into the lungs by the right ventricle. This completes the circulation of the blood. The pumping action of the heart is accomplished by allowing the heart, primarily made up of muscle, to contract to move the blood along. If the heart is enlarged or hardened, problems can arise in blood transport. This is usually caused by cardiomyopathies, which will now be briefly described.

Cardiomyopathies can be divided into dilated, hypertrophic, and restrictive cardiomyopathies based on their changes in the structure and shape of the heart, which will now be explained.

The most common form of cardiomyopathy is dilated muscle disease (15 cases per 100,000 population). In dilated cardiomyopathy (DCM), one or both atriums of the heart are enlarged or dilated, which causes them to be unable to carry blood well enough because the heart cannot contract as well due to the enlargement.

In this context, the heart must be considered a flaccid sac that can no longer build up enough tension to keep the blood flowing. The causes are either unknown, inherited, caused by a virus, triggered by toxins (especially alcohol), or arise due to another heart disease (e.g., coronary heart disease or valvular heart defect ).

In 60% of affected patients, dilated cardiomyopathy develops following a healed viral infection of the heart muscle. It mainly affects men who are 40 years old or older.

Many cardiomyopathies also occur because the heart is not supplied with enough oxygen due to coronary artery disease or because too much alcohol has been drunk. Frequently, cardiac arrhythmias arise, which the patient experiences as dizziness, fainting, or conscious awareness of their heartbeat. If you experience these symptoms, you should seek medical attention as soon as possible because sudden cardiac death may occur due to dilated cardiomyopathy (DCM). In addition, due to increased blood " stagnating" in the atrium, blood clots can form and clog various vessels in the body. For example, if a vessel responsible for supplying the brain becomes clogged, this can lead to a stroke. In addition, it can lead to circulatory problems in the arms and legs or other parts of the body.

Dilated cardiomyopathy (DCM) is a common reason for heart transplantation when the patient cannot be helped with medication, a pacemaker, or surgery to dilate the supplying heart vessels.

If dilated cardiomyopathy (DCM) is suspected with typical symptoms, the diagnosis is made by auscultating, imaging procedures ( echocardiography , cardiac MRI ), or taking biopsies from the affected areas. In addition, the size of the heart can be determined with the help of an X-ray device. Furthermore, a thin tube can be inserted into the heart through a vessel ( cardiac catheter ). At the end of this tube, there are sensitive sensors that can measure the heart's pressure and pumping properties.

Dilated cardiomyopathy (DCM) can be treated with medication, as this positively affects the pumping properties of the heart. In addition, a pacemaker can be used in cases of severe cardiac arrhythmia . It is also essential that the patient no longer consumes alcohol. In addition, other heart-related disorders such as fever, high blood pressure , and anemia must be treated. Medications to inhibit blood clotting can also lead to an improvement in the symptoms of DCM. Heart transplantation is an option in an emergency, and mechanical pumping systems can take over cardiac function until a new heart is available for transplantation.

Annual mortality is 10-20% once the disease is identified and treated, although this rate has improved in recent years under modern cardiac therapy.

Many patients experience no symptoms or few symptoms. However, when symptoms occur, 90% of affected patients experience shortness of breath because the ventricle can only fill to a limited extent and blood backs up into the vessels that are supposed to transport blood from the lungs to the left side of the heart. In 75% of patients with physical symptoms, chest pain may radiate to the neck or left arm (angina pectoris) . In addition, patients suddenly become aware of their heartbeat, get cardiac arrhythmias, and suffer fainting episodes; in the worst case, sudden cardiac death may occur.

The doctor can diagnose hypertrophic cardiomyopathy HCM by auscultating the heart. In addition, the heart's electrical activities can be indicated by an electrocardiogram (ECG). Here, it is also possible to record a long-term ECG, which measures electrical activities over a more extended period. Furthermore, the heart can be examined with the help of an ultrasound apparatus, a catheter, or an X-ray machine.

Hypertrophic cardiomyopathy (HCM) can be treated with medications that reduce the force of the heart. In addition, surgical removal of the excess heart muscle can be performed, or a pacemaker can be inserted. Avoidance of great physical stress is also essential.

In restrictive cardiomyopathy, extra tissue is incorporated into the heart muscle, causing the heart to harden. This disease affects twice as many women as men. The leading cause is that proteins become lodged between the heart cells. As a result, the chambers of the heart can no longer fill with blood as well because they are now hard instead of floppy. For example, a hard balloon is harder to inflate than a soft one. As a result, the blood in front of the heart chambers backs up into the atria, enlarging them. The proper pumping function of the heart is therefore no longer guaranteed.

The first noticeable symptoms are shortness of breath during physical exertion and accumulation of water/swelling in the legs due to heart failure. In addition, arteries may become blocked (embolism), and fluid may accumulate in the lungs because a vessel in the lung is blocked (pulmonary embolism). Rarely, chest pain may radiate down the neck or into the left arm (angina pectoris).

Therapy may involve giving anti-clotting medications or surgically removing muscle mass, although there is a high mortality rate after surgery.

Diseases of the heart muscle are primarily chronic and insidious and are therefore noticed relatively late. Once restrictive cardiomyopathy is diagnosed, the condition usually progresses rapidly. In tropical countries, 95% of affected people die after two years.