Are you looking for an experienced ENT doctor or a German hospital for ear, nose and throat medicine? At PRIMO MEDICO you will only find recognized specialists and clinics for ENT in Germany.

Specialists in the Field of Ear, Nose, and Throat Medicine 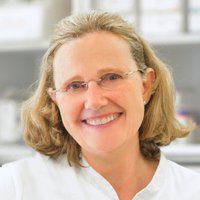 What is ENT Medicine or Otolaryngology Comprised of?

ENT - Ear, Nose and Throat Medicine deals with diseases, injuries, malformations, and dysfunctions of the entire head and neck area, with the exception of the central nervous system (CNS). The field of otolaryngology is comprised of the ears, the upper and lower respiratory tract, the oral cavity, the throat, the larynx, and the esophagus. Malfunctions of ear, nose and throat medicine include: hearing impairment, balance disorder, olfactory disorder, taste disorder, dysphagia, voice disturbance, speech disorder. In addition, allergology, the teaching of allergies, is a field of both ENT and dermatology.

Which Diseases are Treated by ENT Doctors?

Since many important organs and structures are located in the head and neck area, ENT physicians treat a vast amount of different diseases.

Which Diagnostic Instruments are Available to the ENT Doctor?

As in all medical fields, the otorhinolaryngologist's examination starts with anamnese, a detailed investigation of the symptoms and previous history of the disease. Then he inspects ears, nasal cavity and oral cavity as follows:

The ear, nose and throat doctor examines the pinna for abnormalities such as swelling, redness or secretion. Thereafter, he checks out ear canal and eardrum with an ear microscope, whereby he can detect foreign bodies and inflammations. At the eardrum, the otorhinolaryngologist can reliably reveal injuries, changes in color and scars.

The otorhinolaryngologist uses the so-called subjective hearing test to clarify hearing loss. With help of a tuning fork, he can distinguish between a hearing loss due to damage in the cochlea or as a result of a disturbed sound conduction of eardrum and ossicles. For this purpose, the doctor places a swinging tuning fork on different parts of the patient’s head and asks him about the perceived volume of the music tuner instrument.

For newborns, specialists conduct statutory hearing screenings testing the function of the inner ear. In this analysis, the ear, nose and throat doctor sends certain sounds to the infant’s ear stimulating the inner ear cells to emit sounds (otoacoustic emissions). The received tones from the inner ear prove the proper functioning of the organ.

Brain stem audiometry can be used to investigate the brain’s reactions occurring during the processing of auditory stimuli. For this, the otorhinolaryngologist attaches electrodes to the patient’s head. Thereafter, he uses headphones in order to send short clicking noises which generate a measurable electrical response in certain brain regions (auditory cortex). The electrical signals are measured and evaluated by a computer so that the physician can assess the functionality of the auditory pathway and auditory cortex.

A nose scan (rhinoscopy) allows the ENT doctor to assess the inside of the nose. Here, the physician pays attention to the anatomy of the nasal cavity and the nasal mucosa. In the so-called front rhinoscopy (Rhinoscopy anterior) he uses a pair of pliers with funnel. He inserts the funnel with a small light source attached to it into the nostril and inspects the anterior nasal passage and nasal cavity.

In the middle rhinoscopy procedure (Rhinoscopy media), the ear, nose and throat doctor uses a flexible tube with an attached camera and light source at the end instead of a pair of pliers and pushes it into the nose. Here, the nasal cavity skin is particularly well examined.

In the posterior rhinoscopy process (Rhinoscopy posterior, postrhinoscopy), the ENT specialist inserts a small tilted mirror into the patient's mouth and inspects the underside of the nasal cavity.

In order to measure the air flow of the nose, rhinomanometry is performed. During this standard diagnostic proceeding, the otorhinolaryngologist uses a device evaluating the pressure difference between nasal entrance and nasopharynx. From this result, he can identify if there is an obstruction of nasal breathing present. To assess the nasal mucosa, he performs a smear, which he then examines under a microscope.

The ENT doctor can also mirror the oral cavity and the upper pharynx. With this method he examines the tongue, the floor of the mouth, the exits of the salivary glands, the tooth status and the tonsils. The ear, nose and throat specialist also uses imaging techniques for further diagnostics. The ultrasound device is particularly suitable for this because there is no radiation exposure and the soft tissues in the face and neck area can be displayed well. In case of unclear findings, computed tomography (CT) or magnetic resonance imaging (MRI) can also be applied.

Which Modern Operations are Performed in German ENT Hospitals?

In modern medicine, German hospitals possess many possibilities for the treatment of hearing loss and deafness. In case of an inner ear hearing loss due to damage to the cochlea, but with a functioning auditory nerve and auditory canal, clinics apply the so-called cochlear implant (CI). The CI takes over the function of the damaged cochlea, namely the conversion of sound into electrical signals and transmission to the auditory nerve. During the operation, hospital staff place the device's microphone and speech processor on the patient’s head surface while inserting an electrode into the cochlea. The microphone picks up sounds that are converted into electrical signals via the speech processor and transmitted to the auditory nerve via the electrode in the cochlea.

An alternative to CI is the auditory brainstem implant. The implanted electrode directly stimulates the first auditory nucleus in the brainstem, the nucleus cochlearis or, in other words, the transition point between the auditory nerve and the auditory pathway.

For patients with hearing impairment, German hospitals can implant hearing aids . A modern example of this is the middle ear implant. This procedure converts sound into vibrations and forwards them to the ossicles, allowing a better understanding of higher sound levels compared to conventional hearing aids that merely amplify the tones.

The causes of a curvature of the nasal septum may be circumstances such as heredity or a nose fracture. At a certain degree of incurvation, the curvature hinders the patient from breathing through the nose. During an operation, ENT surgeons remove bone or cartilage pieces under general anesthesia or straighten the cartilage by defined incisions. In some cases, they cut off parts of the bone or cartilage, reshape them externally, from outside the patient’s body, and then reinsert those bone pieces. The aim of the operation is to attain a central and straight nasal septum without affecting surrounding structures. In some cases, the curvature of the nasal wall is innate and causes no discomfort. The fixing of this externally visible nose bend belongs to the medical field of "Cosmetic Surgery".

Some ENT doctors offer additional cosmetic treatments for head and neck regions. These include smaller incisions such as:

The more complex surgical procedures include:

Which Doctors and Hospitals in Germany are ENT Specialists?

In 2016, 6273 specialists for ear, nose and throat medicine were practicing in Germany alone. Most of them were and are still working in medical practices ensuring outpatient care. Special ENT clinics, which are usually part of a hospital, perform surgeries with subsequent hospitalization.

If a person needs an ear, nose, or throat surgery, he or she wants the best possible medical care. That's why the patient wonders, where can she or he can find the best ENT hospital in Germany ? Since this question cannot be easily answered and a reputable doctor would never claim to be the best, a patient can only rely on the experience of a practitioner. The more ENT operations a physician performs, the more experienced he becomes in his or her specialty.

Otolaryngologists are the right contact persons thanks to their many years of experience in ENT surgery.

How Much Does an ENT Doctor in Germany cost?

For patients from abroad, the costs for ear, nose, and throat treatment in Germany are strictly regulated by the German government (GOÄ Department). German physicians are not entitled to determine their own self-calculated fees for medical services. They are legally obliged to adhere to the official fixed tariff rates for doctors.

In order to calculate the costs for a specific ENT therapy in Germany, ENT doctors and hospitals for otolaryngology first require detailed information about the specific ear, nose, or throat disease. This data can be transferred to the hospital in form of medical reports, findings or images taken prior to therapy. The treatment center then prepares a cost estimate. In most cases, the amount due must be paid ahead of the healing process.

Find a Hospital for Otolaryngology in Germany

We help you to find an expert for an ENT therapy. All listed ear, nose, and throat doctors and hospitals in Germany have been reviewed by us for their outstanding specialization in the field of otolaryngology and await your treatment request.

Examinations in ENT practice, without date, published by the Association of Otolaryngologists e.V., http://www.hno-aerzte-im-netz.de/untersuchungen.html , called up Nov. 31, 2017