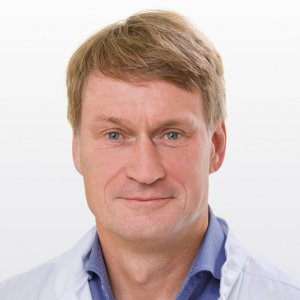 Prof. Dr Veit Rohde is Clinic Director of the Neurosurgery Clinic at Göttingen University Hospital, one of the largest neurosurgery clinics in Germany.

Neurosurgery in Göttingen: Interdisciplinary Treatment at the Highest Medical Level in Lower Saxony

The Neurosurgery Clinic at the University of Göttingen Medical Centre is one of the largest neurosurgery clinics in Germany. Each year, 5000 outpatients and 2000 inpatients are treated there with about 3000 operations. In order to provide the best possible care for each individual patient, especially in the context of oncological diseases (cancer), Göttingen University Hospital has an interdisciplinary University Cancer Centre (G-CCC). It also collaborates interdisciplinarily closely with other specialist departments.

Due to its high level of expertise and large numbers of cases, its many years of experience and the best medical results, the Neurosurgery Clinic led by Prof. Rohde is a certified centre of the German Society for Neurosurgery in the field of vascular diseases, especially brain haemorrhages ("bloody" strokes).

To guarantee individual and patient-oriented care, Prof. Rohde and his team work closely with rehabilitation centres to ensure the best possible therapy, including during postoperative periods.

The clinical work of the experienced neurosurgeon Prof. Rohde focuses primarily on interventions in the region of brain vessels (vascular neurosurgery), surgery at the base of the skull, and operations on highly eloquent regions of the brain. In the field of neurosurgery, brain regions crucial for survival or for a high degree of independence are described as highly eloquent. These high-eloquent regions include, among others, the brain stem, the basal ganglia, and the precentral cortex. As far as possible, Prof. Rohde carries out his surgical procedures in a minimally invasive manner with endoscope-assistance since shorter surgery times and smaller skin incisions lead to less pain after surgery and a shorter period of after-care.

Some important disease patterns Prof. Rohde and his experienced team deal with are illnesses of the vessels of the central nervous system. These conditions primarily include aneurysms, brain haemorrhages, arteriovenous malformations, and cavernomas of the brain and spinal cord. Oncological neurosurgery deals with the treatment of tumours of the brain, spinal cord and its sheaths. To ensure the best possible care, each therapy plan is developed during an interdisciplinary tumour conference.

Patients with movement disorders such as Parkinson's disease or tremors and chronic pain are also treated at the Neurosurgery Clinic. Neuromodulatory methods (deep brain stimulation and spinal cord stimulation) are applied here.

Another focus is placed on spinal surgery. This concerns the treatment of herniated discs, spinal stenosis (narrowing of the spinal canal), and instability of the spine due to accidents, inflammation, and tumours. In the case of osteoporosis, our specialist also carries out bone cement injections in addition to stabilisation procedures.

A brain aneurysm is a congenital vascular ballooning in the region of the cerebral arteries that can become symptomatic over the course of a person's life. Because aneurysms are weak spots in the vessel wall, they can cause symptoms or burst due to pressure on the brain tissue. When aneurysms blast, arterial blood flows into the subarachnoid space surrounding the brain filled up with cerebrospinal fluid. A subarachnoid haemorrhage is an absolute emergency and manifests itself, among other things, in thunderclap headaches, impaired consciousness, and even coma.

During the surgical treatment of an aneurysm of the brain vessels, the affected area is enclosed with a clip from the outside and thereby secured. Depending on the location of the aneurysm, a so-called coil embolisation procedure can also be carried out instead of surgery by using a vascular catheter. The question as to which treatment is more suitable is always a decision Prof. Rohde takes in each individual case in close collaboration with neuroradiology specialists and in consultation with the patient. Prof. Rohde and his colleagues have many years of experience in the field of brain aneurysm surgery. In high-risk cases, they also carry out the most modern procedures such as bypass techniques and in 2014, they were the first clinic in Northern Germany to perform this operation during cardiac arrest.

High blood pressure over the course of many years can cause degeneration and brittleness of the small arteries in the brain. In case of a "bloody" stroke, a spontaneous bleeding occurs in the brain. Due to the acute increase in pressure, this leads to the death of brain tissue within a very short time. Symptoms in the event of this medical emergency are comparable to "bloodless" strokes – paralysis, impaired speech or even impaired consciousness.

There are numerous forms of benign and malignant tumours in the region of the nervous system and its surrounding structures. Depending on the type of tumour, these can either be directly cured by surgery, or it is a first step into a larger complex of treatment phase consisting of surgery, chemotherapy, and radiation. Depending on the location of the tumour, surgical intervention can be very complicated as radical tumour removal without leaving long-term effects can be difficult to achieve, especially in the region of the movement centre or speech centre. Prof. Rohde's specialities are these complex interventions in highly eloquent regions. Besides brain tumours, metastases (secondary tumours) are often found in the brain tissue. These are removed during microsurgical procedures and usually irradiated later as well.

The widespread condition of disc prolapse involves parts of the spinal disc between the vertebral bodies which become loose and pressed into direction of the spinal canal where the spinal cord and the nerves branching off from it run through. If there is no improvement, despite conservative measures, or if there are signs of paralysis, it is recommended to treat disc prolapses with surgery. In the Neurosurgery Clinic led by Prof. Rohde, interventions on the spine always take place under the microscope or endoscopically.

From an academic perspective, Prof. Rohde and his team are primarily concerned with vascular neurosurgery (intracerebral haemorrhages, prevention of secondary brain damage after subarachnoid haemorrhages (brain haemorrhages)), and neuro-oncology (tumour diseases of the nervous system). He also conducts research into the electrophysiology of the nervous system and the development and testing of endoscopic techniques in the field of neurosurgery. The Neurosurgery Clinic is constantly participating in various international, multicentric studies. If interested, and if there is an appropriate requirement, patients are welcome to participate in these scientific developments. 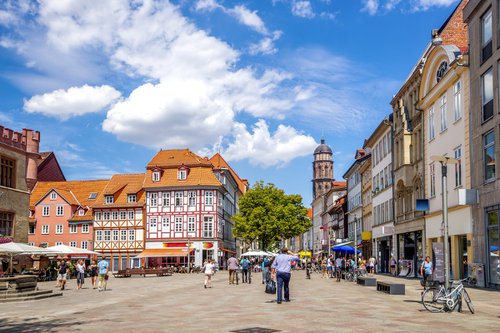