Are you looking for information on jaw construction and specialists for treatment or surgery? On our website, you will find only experienced specialists and clinics in Germany, Switzerland, and Austria. Find out about indications, methods, and procedures, or contact our experts.

Specialists in the Field of Jaw construction 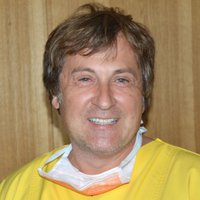 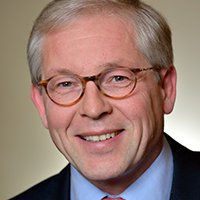 Information About the Field of Jaw construction

What Is Jaw Construction?

Jaw construction or jaw augmentation refers to surgical procedures in dentistry, oral and maxillofacial medicine, in particular, to rebuild the alveolar bone in edentulous areas in the mandible and maxilla. The leading cause of bone loss in the jawbones is tooth loss, which can result from traumatic events or be the consequence of periodontitis.

Periodontitis also leads to bone resorption, but while the teeth are still anchored in the alveolar ridge. It is an inflammatory process of the periodontium, which causes the alveolar bone to retract so far that the teeth "fall out." Not only during an inflammation that originates from natural teeth, the bone can recede, but also during inflammation with a dental implant , which is called peri-implantitis. In this case, the bone bed around the implant becomes inflamed, which also causes the bone to be resorbed here.

Bone loss in the mandible and maxilla can also be the result of the year-long wearing of a prosthesis. Since the teeth are connected in their tooth socket by special fibers, any pressure load on the teeth acts as if it were a tensile load, which means that the bone remains constant in its volume. With partial or total dentures, there are no more tensile forces; the prosthesis instead offers a pressure load to the alveolar ridge, which ultimately leads to the bone being resorbed at these points.

To further classify the individual resorption classes, they have been divided into six categories, according to Cawood and Howell, whereby level 1 represents a dentate jaw, and type 6 describes a strongly atrophied jawbone.

How Can the Jawbone Be Rebuilt?

In this procedure, after bone material or any replacement material has been inserted, it is wrapped in a membrane. The membrane has the task of curbing the rapid growth of the surrounding soft tissues because these grow faster than the bone. Often resorbable layers are used for this purpose, which mostly consists of collagens, so that a second intervention for removing the membrane is not necessary, which reduced the risk of further infections or wound healing disorders.

Bone splitting is frequently used for narrow jaw ridges. The jaw ridge is divided into two parts and expanded, whereby a jaw ridge width of at least 3 millimeters must exist to guarantee sufficient bone strength on both sides of the jaw. The jaw must also have a minimum thickness of 12 millimeters in height. If the jawbone is shaped accordingly, implants can be placed with the given bone structure.

Usually, autogenous bone is the first and best choice for building bone. For smaller bone augmentations, transplants from the lower jaw can also be carried out at defined sites. Here the bone is milled out cylindrically or removed with the help of a bone block. This procedure is usually unproblematic because the bone grows back in the places where it was removed. Nowadays, this is a routine procedure in cases of existing bone deficits, where implants and prostheses are to be placed according to the art of dentistry. If the augmentations in the jaw are more complex, bone grafts are usually taken from other parts of the body, such as the iliac crest.

Allogenic material had been used in the 1980s as so-called lyophilized allogeneic cartilage for jaw construction. Today, this procedure is no longer used. Xenogeneic material describes the bone replacement of animal origin (porcine or bovine). As there is a risk of transmitting so-called prions, the trigger for the bovine flu BSE, the material is nowadays deproteinized, so that only the inorganic part of the bone remains and new bone can grow into this material.

In the past, the bone was built up, e.g., for creating better denture support. Later, it was discovered that the failures were higher than the successes of such interventions of bone augmentation alone. Today, bone augmentation in oral and maxillofacial surgery is almost exclusively carried out in connection with implants .

The goal here is to create enough bone material to stabilize the implant. If the bone is built up without subsequent causal therapy, the bone will have resorbed not exceeding three years.

Today, there are different opinions about vertical bone augmentation such as the GBR method: While some studies assume that the results of vertical augmentation are entirely predictable, there are also numerous studies that state that there is no reliable method for jaw augmentation, especially in the posterior region of the mandible, yet.