Are you looking for information on congenital glaucoma and specialists for diagnosis or treatment? Our website will find exclusively experienced specialists and clinics in Germany, Switzerland, and Austria. Please, find out about causes, diagnosis, and therapy, or contact our experts.

Specialists in the Field of Congenital Glaucoma 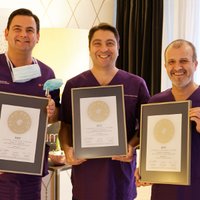 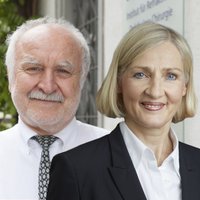 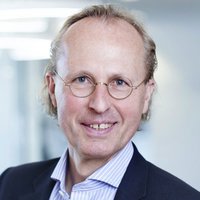 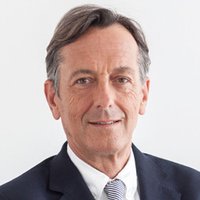 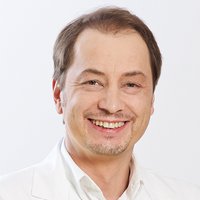 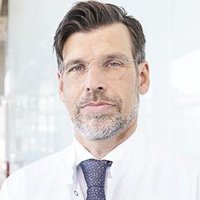 Information About the Field of Congenital Glaucoma

What Is Infantile Glaucoma?

Congenital glaucoma develops after birth - usually in the first year of life. However, sometimes it is present at birth. In primary congenital glaucoma, the eye's aqueous humor cannot drain properly due to maldevelopment of the outflow tract. As a result, the aqueous humor accumulates in the eye chambers, and the intraocular pressure often increases sharply right after birth. The high pressure damages the optic nerve fibers of the retina.

The sclera, the outer shell of the eye, is even softer in young children than in adults. The increased intraocular pressure stretches the sclera and cornea, causing the eye to enlarge. This enlargement of the eye is called buphthalmos. Children are often noticed for having "big eyes." Other signs of congenital glaucoma may include photophobia, eyelid spasm, watery eyes, and a cloudy cornea. The cause of the cloudiness is corneal edema, as fluid is deposited in the cornea due to increased pressure.

Infantile glaucoma is rare. It occurs in one in 10,000 - 18,000 children. Mostly both eyes are affected by the disease but in different degrees. If the glaucoma is not treated, the children go blind. However, the disease can be managed well with surgery in most cases.

What Is the Cause of Congenital Glaucoma?

Primary glaucoma is caused by a developmental disorder of the outflow pathways of the aqueous humor during the seventh and eighth months of pregnancy. The eye chambers are filled with aqueous humor. The ciliary bodies of the eye produce the aqueous humor. It drains away again in the chamber angle via the trabecular meshwork and the Schlemm's canal, creating constant circulation.

In most cases, the outflow of aqueous humor is obstructed by a malformation of the trabecular meshwork. More rarely, Schlemm's canal is affected by the developmental defect. Primary glaucoma occurs spontaneously or is hereditary. The cause of the defective development of the outflow tract is mutations in various genes.

How Is Glaucoma Diagnosed in Children?

Anesthesia is required for further examination and accurate diagnosis. To determine the size of the eye, the ophthalmologist measures the corneal diameter with a caliper and the length of the eyeball with ultrasound.

How Is Glaucoma in Children Treated?

Primary glaucoma in children requires surgery. However, medications are not sufficient and not effective in the long run.

Most often, a probe trabeculoctomy is carried out. In this surgical method, the doctor inserts a probe into Schlemm's canal through a small incision in the white sclera. Schlemm's canal runs around the transparent cornea in the sclera. Next, the doctor rotates the probe in Schlemm's canal. In doing so, he tears the Schlemm canal on the inside and the tissue of the trabecular meshwork over about one-third of its length. In this way, he creates a connection between the anterior chamber and the Schlemm's canal and the aqueous humor can drain away again. If this is insufficient to lower the pressure, surgery must be performed at a second site.

A new surgical method is the 360° trabeculoctomy. The doctor pushes a catheter through the entire Schlemm's canal in this procedure. Then, by pulling the ends of the catheter together, the Schlemm's canal and the trabecular meshwork are opened inward toward the eye's anterior chamber over their entire length.

For secondary infantile glaucoma, other treatment options may be considered depending on the findings, such as medications for glaucoma following cataract surgery or glaucoma drainage implants.

What Is the Prognosis for Infantile Glaucoma?

Without treatment, primary infantile glaucoma leads to blindness. However, the prognosis can be significantly improved with surgery: In 80 to 90 percent of cases, surgery is successful, and eye pressure normalizes with treatment.

The healthy eye can be covered after the surgery to avoid a loss of vision in the diseased eye, similarly to strabismus treatment, thereby exercising the other eye.

Which Doctors and Clinics are Specialized in Congenital Glaucoma?

We will help you find an expert for your condition. All listed doctors and clinics have been reviewed by us for their outstanding specialization in congenital glaucoma and are awaiting your inquiry or request for treatment.