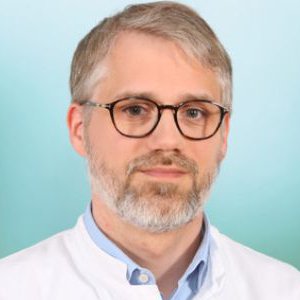 Prof. Dr Mark Obermann is a specialist in neurology, neurological intensive care medicine, pain therapy and geriatrics, as well as Director of the Centre for Neurology. In addition, he is Medical Director of the Schildautal Asklepios Clinic in Seesen.

The Centre for Neurology is one of the largest neurology departments in Germany and treats the entire spectrum of neurological diseases under the direction of Prof. Obermann. Patients benefit from the comprehensive experience of the competent team around Prof. Obermann.

A stroke is a sudden event, usually caused by a vascular blockage, leading to a circulatory disorder of the brain. After just a short time, millions of brain cells get lost, thus underlining the importance of sustaining a certified stroke unit specifically designed for cerebrovascular accidents and other neurological diseases. Fast and efficient diagnostics automatically result in less brain cell loss and better chances of symptomatic improvement.

The experienced team around Prof. Obermann decides on the best possible therapy after performing an exact diagnosis using CT. The interdisciplinary team consists of neuroradiologists and neurosurgeons. This therapy can consist of a surgical procedure in which the team applies a catheter attempting to remove the thrombus. Another possibility available is called lysis therapy, in where doctors administer a drug to dissolve the blood clots.

Disease of Nerves and Muscles

If signs of paralysis, muscle atrophy, and blurred speech occur, a systemic disease of the nerves and muscles can be the cause.

With amyotrophic lateral sclerosis, the first and second motoneurons are affected by degeneration, and this can lead to the above-mentioned symptoms.

In addition to a comprehensive patient medical history, the diagnostics also include a special neurological examination. This analysis consists of an electroneurographic test, laboratory diagnostics, and, if necessary a cerebrospinal fluid examination.

Once an exact diagnosis is accomplished, the patient receives thorough support by an interdisciplinary team of experienced doctors led by Prof. Obermann. Along with the patient, this crew discloses in detail all possible therapy options, and plan the further course of treatment.

Further muscular diseases can arise as a result of compression syndromes, where defined muscle groups are no longer functional or sensitivity of associated dermatomes is disturbed.

This defect can arise as a result of compression of the radial nerve in the upper arm, for example. It can also be a result of a fracture of the humerus, which leads to failure of the entire extensor musculature of the arm and hand.

In this case, too, interdisciplinary therapy is provided after comprehensive diagnostics to relieve the compression point.

Inflammatory Diseases of the Nervous System

Multiple sclerosis is the most common inflammatory disease of the central nervous system in Central Europe and is triggered by an attack of the body's own immune cells on the myelin sheaths of the nerves. This disorder damages body cells and can lead to paralysis, spasticity or sensory disturbances. Here, likewise, detailed diagnostics are carried out using state-of-the-art technologies.

Imaging procedures such as CT and MRI can be used to visualise the desired structures in the CNS and thus determine the exact extent of the disease. Based on these results, the optimal therapy can be planned.

During epilepsy, convulsive seizures occur as a result of pathological excitation in the nerve cells of the CNS. After an acute seizure of this kind, precise diagnostics using electroencephalography of the brain action currents are recorded and analysed by doctors.

After completion of the diagnosis is, the patient receives a detailed clarification and, if necessary, medical treatment.

Chronic pain can be a triggered by a combination of many different factors. These causes need to be analysed in detail in order for the physician to develop a holistic therapy.

At the beginning of the in-patient multimodal pain therapy, a consultation with a psychologist in addition to a medical consultation and a physical examination occurs. Once an exact diagnosis is achieved, treatment is given in the form of physiotherapy, ergotherapy, and balneophysical measures.

The above mentioned offerings take place as part of an individual therapy or as a group therapy. The long-term goal of the treatment is to develop individual training practices that enable the patient to lead a pain-free life.

Dizziness and related balance disorders are one of the most common reasons for visiting a doctor. It can manifest itself in many different forms, and the path to an accurate diagnosis is often lengthy. A particular problem is posed by chronic dizziness, which, by definition, persists for more than half a year and can be triggered by various causes.

One of these causes may be vestibular neuritis (disturbed organ of equilibrium in the inner ear), which arises as a result of microcirculatory disturbances to this organ, triggered by a viral infection or viral reactivation.

On top of an accurate neurological examination, Dr Obermann and his team carry out an accurate vestibular examination in order to initiate an optimal therapy for the balance disturbance. Often, the state of dizziness is not a result of a single factor, especially in older patients, and cannot be treated with simple drug therapy. In this case, after a precise diagnosis, the experienced team of doctors recommends special physiotherapy exercises, which help reducing many vertigo illnesses.

If a patient suffers from stroke, brain haemorrhage or severe head trauma, often neurological consequences appear. For fast and accurate diagnostics, the hospital's neurological team is in possession of over 20 years of experience in the treatment of these malfunctions.

Since 1995, the Centre for Neurology has made it its mission not only to treat its patients diagnostically and therapeutically, but also to provide them with interdisciplinary support by means of modern rehabilitation concepts. These concepts are adapted to the individual’s everyday and professional live, and are based on their personal needs and wishes.

The comprehensive centre focuses not only on the treatment of stroke, inflammation of the brain, multiple sclerosis or treatment after intervertebral disc surgery, but also on the patient's condition after epilepsy surgery and polyneuropathies.

Further information is available at the Clinic for Neurology's website. 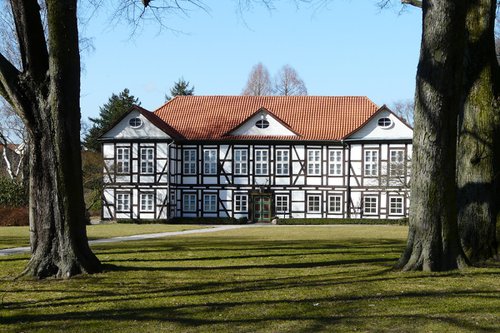