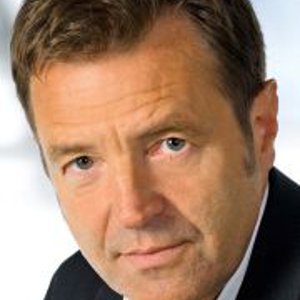 Univ.-Prof. Dr. Michael Rolf Müller is the former president of the European Society of Thoracic Surgeons (ESTS), an internationally renowned specialist in thoracic surgery, and head of the Lung Center at Döbling Private Hospital.

Thanks to the modern treatment concept at the Lung Center at the Döbling Private Hospital, lung cancer patients benefit from the close cooperation of all disciplines involved. New, minimally invasive forms of treatment and a strategic combination of conservative and surgical measures are the keys to success here.

In the Viennese hospital scene, the Döbling Private Hospital has been considered one of the most renowned addresses for years. This high standard is also upheld at the in-house lung center—the well-coordinated team led by Professor Dr. med. Michael Rolf Müller offers the most advanced methods in the surgery room and the care of patients before and after an intervention.

Advanced Diagnostics for Diseases of the Lungs

The medical equipment at the Döbling Private Hospital is state-of-the-art and allows reliable diagnosis of all diseases of the lungs and respiratory tract. The clinic has a whole-body plethysmograph for the well-founded diagnosis of emphysema, pulmonary fibrosis, COPD, and bronchial asthma. In addition, disorders of gas exchange are diagnosed, and allergic symptoms are clarified.

The hospital's X-ray institute offers all modern imaging procedures and interventional radiological procedures (punctures, drainage). In addition, due to close cooperation between the Döbling Private Hospital and other centers, an endobronchial ultrasound examination (EBUS) for clarifying lymph nodes can be offered.

Minimally invasive surgery of the chest and lungs (keyhole surgery) has become the standard of care for various diseases in specialized departments. The team in Döbling is a leader in this field and carries out major surgical procedures on the lungs for treating lung cancer using minimally invasive techniques. Through a single small skin incision, the entire procedure is carried out with the utmost precision using a high-resolution camera system.

Depending on the extent and location of the tumor findings, either a segment or a lobe of the lung is cleanly removed along with the regional lymph nodes. The surgical team led by lung specialist Prof. Dr. Michael Rolf Müller works closely with specialized anesthesiologists. Special intubation techniques and unilateral ventilation of the lungs are used to support the gentle operation by specialized anesthesiologists. All patients are closely monitored and cared for during surgery and afterward in the recovery room.

Tumor cells can reach the lungs from various body parts via the bloodstream and form metastases. Lung metastases are usually asymptomatic and are discovered either by incident or during follow-up examinations after a previous malignant disease.

In many cases, the appearance of lung metastases does not mean the end but the beginning of a new treatment concept. In the case of isolated metastases to the lung, these can often be removed entirely by minimally invasive means. If this is not practical, removing a focus can provide an accurate tissue analysis to determine the optimal drug treatment. In addition, minimally invasive techniques can keep hospital stays to a minimum of a few days, and any planned drug treatment can be started quickly.

Treatment of functional disorders of the lungs, thorax, and diaphragm

Surgically relevant functional diseases of the lungs include the following clinical pictures:

Chronic inflammatory processes in the lungs - mostly in smokers - can lead to the destruction of lung tissue with the development of severely overinflated and functionally useless areas (emphysema). As a result, gas exchange is significantly reduced, breathing becomes difficult, and a lung collapse can sometimes occur as a complication. In exceptional cases, minimally invasive surgery can remove the most damaged portion of the lung, allowing the remaining lung to function better and preventing complications.

Inflammatory and immunological processes can lead to scarring and hardening of the lungs. Again, gas exchange is impaired, the respiratory reserve is limited, and the heart is stressed. To accurately classify the nature of the disease and determine the best drug treatment, minimally invasive harvesting of lung tissue by a thoracic surgeon can be helpful. The pulmonary specialist then provides the further treatment.

As a result of accidents, surgery, or other rare causes, paralysis of one of the two phrenic nerves may occur. As a result, the diaphragm on the affected side becomes flaccid and rises into the chest. Breathing and heart function, and sometimes digestion, are disturbed as a result. Surgical tightening of the diaphragm, usually minimally invasive - can treat these complaints very well.

The so-called funnel chest is a developmental disorder of the rib cartilage and consists of a depression mainly of the lower sternum. In addition to a sometimes disturbing cosmetic aspect, cardiac function or lung performance may be impaired in more pronounced forms. As a result, the extensive corrective surgeries most commonly used in the past are now only carried out exceptionally rarely. Today's gold standard is the so-called "Nuss surgery," named after its inventor, the South African pediatric surgeon Donald Nuss. In this minimally invasive technique, an individually prefabricated metal bracket is placed transversely under the sternum under visual monitoring, and the sternum is lifted forward. The metal remains in the body for a few years before it can be removed. Professor Müller's team has been using a modification of the classic Nuss method very successfully for many years, which causes much less discomfort and uses less metal.

This is called hyperhidrosis if patients suffer from excessive sweating, especially of the hands and armpits, even without heavy physical activity. The affected, primarily young people, often suffer significantly from this problem, which can be very stressful in private and professional life. Years of treatment with ointments, tinctures, and Botox injections often do not lead to satisfactory results. However, a minimal surgical intervention - please only by a specialized thoracic surgeon - can immediately and permanently eliminate the symptoms. Furthermore, if the correct method is used, there is almost never the side effect of increased sweating in another location, which was sometimes observed in the past.

The team, under the direction of Prof. Dr. Müller, is also breaking new ground in this area. During the surgery, the so-called sympathetic nerve (boundary cord) is blocked by a 5 mm camera from the side of the chest using small titanium clips and is not, as often described, separated. Thus, side effects have become extremely rare, and if necessary, the metal clip can even be removed again.

At the Lung Center in the Döbling Private Hospital in Vienna, an interdisciplinary tumor board has been implemented to provide patients with optimal therapy for lung cancer and other malignant diseases. Specialists from a wide range of disciplines discuss the state of health of an individual patient and the feasibility and prospects of success of all available treatment options. This interdisciplinary exchange among medical colleagues serves the most excellent possible patient safety and unique therapy optimization.

Please, visit the website of Univ.-Prof. Dr. Michael Rolf Müller and the website of the Lung Center at the Döbling Private Hospital for more information 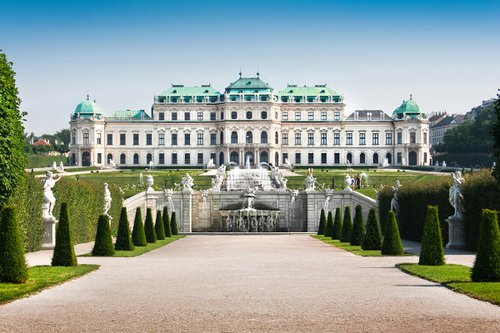 The Austrian capital is located in the northwest of the country at the junction of the eastern Alpine foothills and the Pannonian Plain. Its namesake is the small river Wien, but the city is associated with the much larger Danube River that also flows by the city. Vienna is divided into so-called districts, so the old town is also the Inner District, around which the other 22 districts are arranged concentrically. In 2001 the historic city centre was declared a UNESCO World Heritage Site.

Ruby Hotels Vienna - a Lean Luxury Design Hotels - five-star accommodation in the heart of the city at the price of a budget hotel. Small but attractive rooms with excellent features and relaxed design.

The Grand Hotel Vienna is one of the most modern and luxurious hotels in Europe. Its location in the heart of Vienna is unique – right next to the ring road and only a few steps away from the State Opera and the beginning of Kärntnerstraße. The five-star deluxe hotel, which is part of the “Leading Hotels of the World,” combines extravagant features, high-quality service, and exquisite gastronomy.