MRI-Guided Biopsy of the Prostate

Are you looking for information about gentle prostate biopsy procedures? You will find exclusively experienced specialists and clinics in Germany, Switzerland, and Austria on our website. Find out about the process, duration, and side effects of an MRI-guided biopsy of the prostate or contact our experts.

Specialists in the Field of MRI-Guided Biopsy of the Prostate 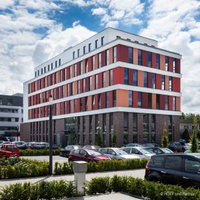 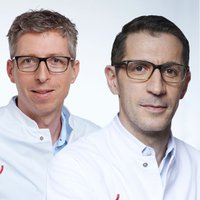 Information About the Field of MRI-Guided Biopsy of the Prostate

What is an MRI-Guided Biopsy of the Prostate?

Prostate cancer is the most common tumor in men and the second leading cause of cancer death. Prostate carcinoma is a disease of the older man; the average age is 70 years. The cancer is usually discovered during urological screening. Tissue samples must be taken from the prostate and examined under the microscope to confirm the diagnosis.

MRI-guided biopsy of the prostate describes using images from ultrasound and magnetic resonance imaging (MRI) to assess the target organ. The fusion of both imaging techniques allows a more precise diagnosis in which the tumor can be localized within the prostate before tissue samples are taken with a punch. This increases the hit rate for an ultrasound-guided punch biopsy.

For Whom is the Procedure Suitable?

In the current guidelines, MRI-guided biopsy of the prostate is recommended if a carcinoma has not been found in an ultrasound-guided sampling and a malignant tumor is still suspected. In justified individual cases, the treating physician can also choose the MRI-guided variant as the first biopsy.

The Procedure of an MRI-Guided Biopsy

The patient receives a special MRI examination of the prostate with a contrast agent. During the procedure, the patient lies in the MRI scanner, which is similar to a tube, for about 20 - 30 minutes, where a contrast agent is applied to the body through venous access. After the examination, the radiologist can examine the prostate's images and mark suspected cancerous regions in the computer program. The images are sent to the examiner either electronically or on a data medium. An ultrasound examination is performed, where images and markings from the MRIs are superimposed on the ultrasound's live images. Subsequently, specific samples are taken from the suspicious area and its edges.

How Long Is the Examination?

Side Effects and Risks

As with any medical procedure, some risks must be considered in advance. Some patients feel the MRI tube as constricting, which might lead to a panic attack in people with claustrophobia. Since there is no radiation involved in the MRI examination, the patient does not need to be afraid of possible radiation exposure. The added contrast agent can trigger various intolerance or allergy symptoms, such as burning sensation in the arm, the appearance of skin rashes, or an allergic shock. When taking the sample, bleeding and inflammation of the prostate may occur. The risk of this is no higher than with a purely ultrasound-assisted biopsy.

Which Doctors and Clinics Are Specialists?

Urologists treat prostate carcinoma. A radiologist performs the MRI examination. The punch biopsy findings are reviewed in an interdisciplinary tumor board consisting of pathologists, radiologists, radiotherapists, and urologists, which makes an individual therapy recommendation possible. The MRI-guided biopsy can either be carried out in a clinic or by a local radiologist and urologist.

We help you to find an expert for your disease. All listed physicians and clinics have been reviewed by us for their outstanding specialization in the field of MRI-guided biopsy and are awaiting your inquiry or treatment request.