Specialists in the Field of Lipedema 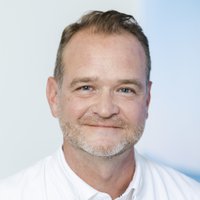 Information About the Field of Lipedema

Lipedema is a chronic and usually progressive fat distribution disorder that affects almost only women. It comes to a disproportionate increase in subcutaneous fat tissue on both sides, especially in the lower extremities. The term lipedema is derived from the Greek: oidema for swelling and lipos for fat. Besides, there is a tendency to water retention (edema) in the affected body parts and distinct sensitivity to touch. Even slight pressure from external causes bruising.

It is still unclear whether the enlargement of fat cells (hypertrophy) or an increase in fat cells (hyperplasia) is responsible for this disease pattern. A combination of both mechanisms is also possible. Since women are almost exclusively affected, genetic predisposition and the effect of female hormones are also discussed as causes.

In addition to the fat volume increase, there is a disorder of the smallest blood vessels, the so-called capillaries, which causes increased fluid to leak from the capillaries into the surrounding tissue, resulting in edema. This capillary disorder also increases the tendency of bruises or bruising (hematomas).

The fluid leakage from the capillaries is physiological in specific quantities. Usually, about two liters are lost from the bloodstream during the day. This fluid is returned through the lymphatic system. In the early stages of lipedema, the increased fluid loss can be compensated by increased lymph transport. The constant strain on the lymph vessels leads to degenerative alterations in the lymph vessels, causing a reduction in transport capacity. As a result, fluid remains in the tissue and leads to edema. If this condition persists for a more extended period, inflammation and collagen deposits occur in the affected areas. This collagen leads to irreversible fibrosis of the fatty tissue and the overlying skin.

In the early stages, it can be challenging to distinguish lipedema from obesity. As the disease progresses, it is possible to differentiate between the two based on the disproportionate distribution of fatty tissue. While the extremities swell, the hands and trunk remain slim.

Patients with this disease report a feeling of tension and pain in the affected body region. In contrast to conventional edema, elevating the legs brings only minimal improvement. The lipedema pain can be severe to an extent, especially in late stages, that patients are also significantly restricted in their everyday life due to their limited mobility. Lipedema symptoms also include an increased tendency to hematomas. Even slight pressure causes bruising, although there is no disorder of blood clotting.

The Stages of Lipedema

Lipedema can be classified into three stages based on its anatomical appearance and pressure findings. The severity of the symptoms or the volume of the edema is irrelevant.

Which Parts of the Body Can Be Affected?

The alterations always occur symmetrically, which means on both sides of the body. They can either affect entire extremities or isolated the upper or lower legs. In addition, the increase in fat can be distributed homogeneously over the whole extremity or be limited to a specific area.

In most cases, the legs are affected, especially the thighs and buttocks. In later stages, this leads to movement restrictions and massively restricts patients in their daily routine.

In over 30 percent of cases, the upper extremities, the upper arms are more often affected than the forearms, are involved in addition to the legs.

Classically, the abdomen remains relatively slim in this case. Since half of the lipedema patients also suffer from obesity, there is often increased fatty tissue in the abdominal area. This can either be subcutaneous fat, as in lipedema, or visceral fat between the organs, colloquially known as "beer belly."

Lipedema Treatment: How Can Lipedema Be Treated?

Lipedema is often confused with overweight or obesity. The increased adipose tissue is not causally related to daily calorie intake. Admittedly, every other lipedema patient is also obese. Weight reduction measures reduce the fat volume overall, but not specifically in these patients so that certain disproportions remain. Nevertheless, weight reduction should be aimed at through diet and sufficient exercise.

So far, there is no causal therapy for this disease, as its development mechanisms have not yet been clarified. Patients can only be helped with symptomatic treatment. Combined physical decongestion therapy (KPE) is used for this purpose, which includes:

Only liposuction, which is carried out by cosmetic surgeons, brings longer-lasting improvement. Liposuction for lipedema usually involves the removal of much larger amounts of fat than cosmetic surgery. The long-term effect was confirmed in a study with 75 patients who reported their experiences up to four years after their surgery. A quarter of those questioned stated that they no longer needed any other conservative therapy. Besides, one quarter reported a much-improved quality of life postoperatively.

Public health insurance companies do not reimburse liposuction. Patients have to pay the costs of up to 5000€ (depending on the findings) themselves.

Which Doctors and Clinics Are Specialized in Lipedema Treatment?

Specialists in this field are doctors with the additional qualification of phlebology. The German Society of Phlebology (DGP) has issued an S1 guideline on lipedema in 2015. Physicians with further specialization in the lymph are listed in the professional association for lymphologists. These include physicians from dermatology, general medicine, vascular surgery, angiology, and plastic surgery.

We help you to find an expert for your disease. All listed physicians and clinics have been reviewed by us for their outstanding specialization in the field of lipedema and await your inquiry or treatment request.