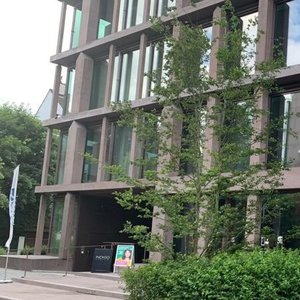 The experienced ophthalmologists at YOUSEEBASEL were trained at the parent clinic IROC, which conducts cutting-edge research and surgery, and stands for Swiss precision at the highest international level.

Seeing without glasses is a great wish for many persons who depend on glasses. YOUSEEBASEL has made it its motto to offer first-class laser treatment for the eyes with Swiss quality standards at fair prices. In this way, patients can be saved from the risk of medical tourism to cheaper countries and convinced of the advantages of professional Swiss high-performance medicine.

LASIK (laser in situ keratomileuses) is a surgical procedure to correct a defective vision of the eyes. By removing tissue from the cornea, a change in the curvature of the cornea is achieved, which allows its refractive power to be optimized.

As a result, the top layer of the cornea (flap) is cut using a microkeratome (plane-like knife) and folded open like a hinge. Then, with the help of the laser, tissue can be removed from the underlying, painless layer of the cornea to correct the refractive error. Finally, the flap is folded back over the surgical area, adheres, and acts as a natural wound dressing.

This laser method can effectively treat both nearsightedness and farsightedness, as well as pathological astigmatism, so that conventional corrective measures, such as contact lenses and glasses, are often no longer necessary after the therapy.

However, such surgery is only an option for certain diopter values. The Commission on Refractive Surgery publishes the following recommendations regarding the diopter ranges that can be corrected: Nearsightedness can be corrected up to -10 diopters, farsightedness up to +4 diopters, and any corneal atrophy up to 6  diopters.

Another prerequisite is a stable dioptric value within the past year. The fluctuation should be less than 0.5 diopters, so as not to jeopardize the surgical result.

In addition, the cornea should have a sufficiently strong diameter, as there must be enough tissue that can be removed to correct the refractive error.

Femto-LASIK was developed from the conventional LASIK method as a more gentle procedure. Instead of using a microkeratome (plane-like knife), the physician gains access to the surgical area in the cornea with the help of the so-called femtosecond laser. The laser enables a more precise incision and thus a thinner corneal flap than the mechanical incision using a microkeratome.

This innovation enables the correction of more severe refractive errors as well as successful surgery with a thinner cornea.

In transepithelial photorefractive keratectomy, in contrast to the former methods, no so-called flap is formed, but the corneal surface (i.e., the epithelial layer) is completely ablated using the laser. Then, as in LASIK methods, the exposed surface is ablated accordingly to correct the refractive error. Consequently, no incision is necessary for this non-contact procedure, as the tissue is removed layer by layer from the outside.

This tissue-saving procedure is also used for the smallest corneal thickness. However, due to the larger wound area and the pain sensitivity of the epithelial layer, a slower and more painful healing process must be expected. Therefore, a soft contact lens should be worn as a transparent bandage for a few days after the procedure to protect the surgical area. The pain is usually well controlled with medication. Since the stability of the cornea is not effected without the formation of a flap after the procedure, this method is also recommended to martial artists or police officers.

Thus, the only difference between the three methods listed is the access route to the surgical area. The therapeutic goal is always achieved by ablation and modeling of the corneal relief.

In a brief examination, which is free of charge, we clarify whether laser correction is an option for the patient. Subsequently, any risks are evaluated in detailed preliminary examinations and all findings are collected to ensure maximum safety and individuality in the therapy for each patient. The desired surgical procedure can also be agreed upon on an individual basis.

For example, the cornea is routinely measured and a topographic corneal map similar to a road map is created, showing thickness as well as individual elevations and curvatures of the cornea. During surgery, the experienced eye laser specialists at YOUSEEBASEL navigate the ablative laser over the corneal relief using this map.

After the laser surgery, a soft contact lens is applied for a few days for protection. This is removed by the ophthalmologist during the first follow-up examination and the vision is then measured. At this point, the success of the treatment cannot be fully determined. With all procedures, this is achieved after one month at the latest, when the superficial corneal layer has regenerated. For this reason, a follow-up examination takes place after one month, where the final glasses-free result can be precisely quantified by a final examination.

Experiences and Competences of the YOUSEEBASEL Eye Laser Clinic

Due to the close professional cooperation with Prof. Dr Dr Theo Seiler, the director of the IROC (Institute for Refractive and Ophthalmic Surgery) in Zurich, the YOUSEE concept has the expertise of a renowned pioneer in the field of eye laser procedures. The branch office in Basel, under the medical direction of PD Dr med. Theo G. Seiler also follows the philosophy of the visionary. With his team trained at the IROC in Zurich, PD Dr med. Theo G. Seiler now also offers a comprehensive program for laser eye treatment in Basel. 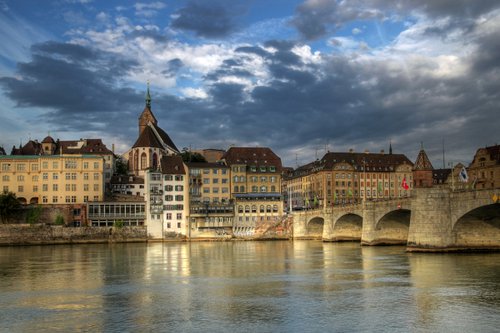 Fischer Limousine AG is an independent Swiss company. The company, based in Kloten near Zurich Airport, is a family-owned and run business. The services are aimed at patients, clinics, hospitals and private individuals for safe and comfortable care.

Grand Hotel Les Trois Rois is in the heart of the city of Basel, exactly where the ships docked at the salt tower (Salzturm) in the Middle Ages to bring the coveted commodities down the Rhine into the world. Among hotels in Europe, the Grand Hotel is one of the richest in tradition, with over three centuries of history. A special charm in this respect is still present in this place, making the hotel an ideal starting point for discovering the artistic and cultural city of Basel. Les Trois Rois is within easy walking distance of the exhibition grounds, museums, and the pedestrian-zone shopping district.