On 23 March 2016 PRIMO MEDICO, a network of leading physicians and specialists, along with their premium partners “Rocco Forte Hotels Villa Kennedy” and Deutsche Lufthansa AG welcomed a delegation of CEO’s and owners of leading Arabic agencies for international patient tourism to the University Hospital Frankfurt.

The program included, among other things, a visit from a PRIMO MEDICO member and advisory board member Prof. Dr. Dr. med. Thomas Vogl from the University Hospital Frankfurt, a renowned radiologist with an international reputation. After a welcome speech by the chairman of the clinic Prof. Dr. med. Jürgen Schölmerich, Professor Vogl lead the delegation through the Institute for Diagnostic and Interventional Radiology which he manages. Here, he showed the guests, among other things, the “Somatom Definition AS Sliding“ which was built specially for his Institute by Siemens Healthcare. This unique sliding gantry computer tomography machine has been at the institute since 2013. 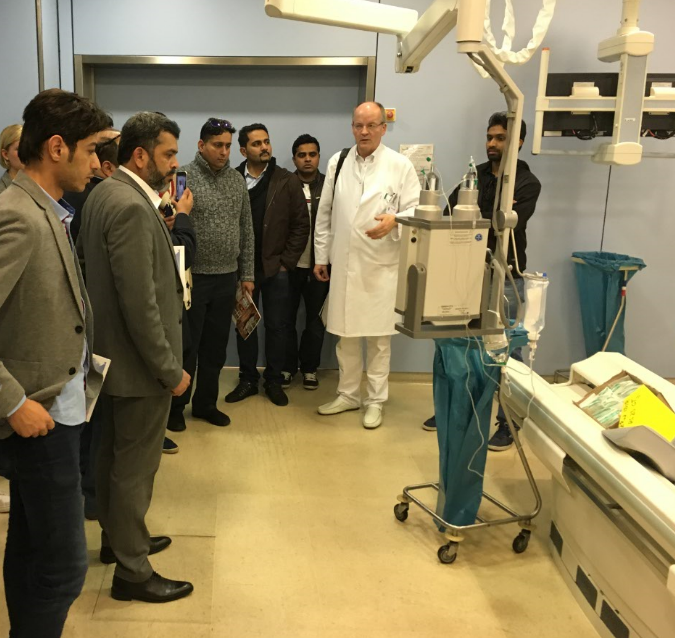 The mobility of the computer tomography machine is what makes the “Somatom Definition“ unique, according to Professor Vogl. For example, the machine can be moved from a routine examination room to an emergency treatment room so that the patient can be spared moving from room to room. By doing this the risk of additional injury to the patient is excluded and, on the other hand, the time it takes to diagnose them is reduced and it allows treatment to begin as soon as possible. At the end of the tour Professor Vogl answered the delegates questions which were mostly about the possible treatments available for foreign patients and tourists 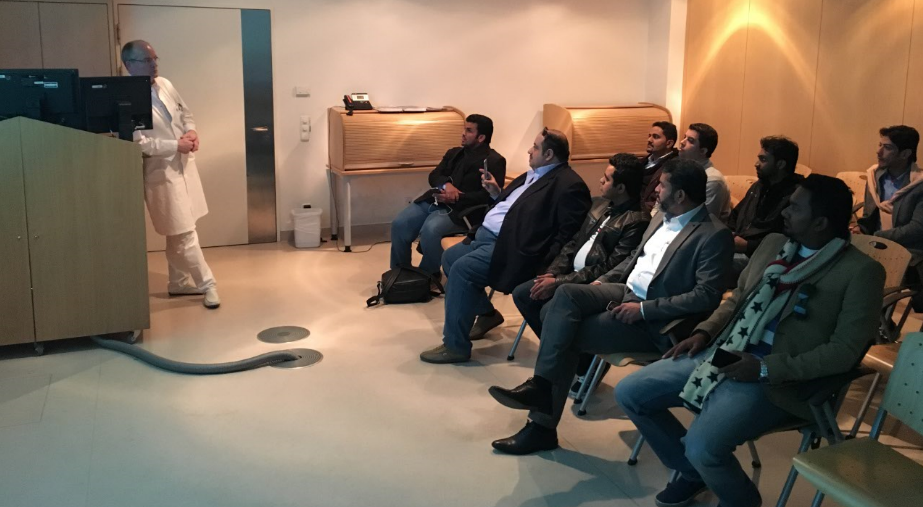 Kennedy” hotel which is conveniently located near to the University Hospital. During the break they could either quench their thirst in the 1000m² spa for holistic well-being built in the style of Sir Rocco Forte or, if desired, enjoy a creative cocktail in the award-winning JFK Bar, a trendy hotspot in Frankfurt. Finally the day was rounded off with dinner at the Turkish restaurant “Sümela” where a good atmosphere and culinary specialities lead to discussions about the previous speeches and planning further trips to cities with leading institutions in the PRIMO MEDICO network.

“PRIMO MEDICO could make many interesting and promising contacts and thus further strengthen the network in its market approach”, a positive summation from CEO Asmus Grebbin and Social Media Project Manager Timo Leister.